Attempting to understand the limping march towards peace in the Middle East without the benefit of historic perspective is like awakening in a house of mirrors where the lines between real and fake are blurred, where it is difficult to tell a foe from a friend, and where at times it seems that there is no way out. To comprehend the Middle East one must consider the convoluted, and often counterproductive role the super powers have played in the region.

The solution to the Israeli-Palestinian conflict resides in two separate spheres, that intertwine and often conflict each other. The first is the regional Israeli-Arab sphere. The second is the long standing and ongoing conflict between the US and Russia (beforehand the USSR). Within these spheres there exist numerous different dynamics and doctrines that render matters so convoluted that at times, when a regional solution appears within reach, super-power conflicting interests, that have little to do with the regional players, make an agreement unobtainable.


A case in point is the 1948 debate over the composition of an international force that was to be charged with securing the implementation of the United Nations Partition Plan. All the Soviets requested at the time was the inclusion of 5 Soviet officers in the international force. For the US, however, interdicting Soviet entry into Middle Eastern affairs was more important than enforcing the UN decision. From there on the parties could not agree on anything else, and the entire matter was dropped. The international keeping force and with it the Partition Plan, and the newly declared State of Israel all fell five Soviet soldiers short of fruition and thus were ushered in numerous wars and countless dead.

Another example is the 1984 meeting in New York between then Soviet Foreign Minister Andrei Gromyko and then Israeli Foreign Minister Yitzhak Shamir. The former implored Shamir to consent to Soviet participation in an international peace conference, hoping that Israeli acquiescence to Soviet participation would lead to US acceptance of Soviet presence as well. Gromyko assured Shamir that all the Soviets wished for was a tiny little Palestinian state, but to no avail. The US doctrine was opposed to any legitimization of a Soviet (Russian) role in Middle East agreements and Israel followed suit. Perhaps, had Israel endorsed Gromyko’s request we would have enjoyed years of peace with a tiny little Palestinian State.

In 1979 the enormous super power complex was stripped away when the late Egyptian President Anwar Sadat applied an Occam’s razor to both the super powers (by bypassing the Geneva conference), and to the Arab League and initiated direct negotiations with Israel. Fearing super power destructive intervention, Sadat actually wrote a letter to then US President Jimmy Carter pleading with him not to interfere.

Israel’s doctrine of direct negotiations was born out of the negative experience of the 1949 Lausanne conference under the auspices of the United Nations, and out of concerns that future multinational conferences would favor Arab interests. Early in Israel’s history, Israel did attempt to include the Soviet Union as a party to peace negotiations, but that was mostly as a counter measure to various American and British peace proposals the core of which was taking away the Negev from Israel. The British and American goal at the time was to re-establish Arab territorial contiguity from Africa to the all the way to Iraq under British and pro-Western control (it was a world without long range ballistic missiles and territorial contiguity was an important strategic asset). This was an interest that both Israel and the U.S.S.R. opposed for their own different reasons. Since these early attempts and the eventual re-alignment of of Arab and Soviet interests, Israel has regarded Russian participation in peace talks to be undesirable. 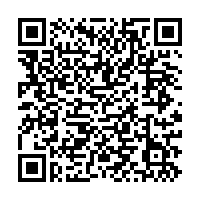