It is news to no one that throughout the negotiations with Israel, despite Islam’s ban on lying, the Palestinians have consistently lied. Surah Al-Haj (Surah 22, verse 30) and Surah Al-Ghafir (Surah 40, verse 28) of the Qur’an, as well as many hadiths (the oral tradition attributed to Muhammad), strongly condemn lying for any reason. It is specifically considered an affront to Allah and Muhammad, and the liar will burn in hell.

Despite the religious ban on lying, Islam provides a number of loopholes. For example, for an Islamist, one can lie to effect a compromise between disputing parties, to deceive an enemy, to make one’s wife happy.

Thus, it is permissible to lie to the Jewish (and American) enemy, which is what the Palestinian Arab negotiators have done time after time in the negotiations with Israel. These negotiators, even those conveniently hiding under the mantle of “secular,” employ the fundamentalist moral code that dictates their actions. They have manipulated, avoided, evaded, denied, wiggled around facts and told outright lies regarding agreements already reached and their goals for future coexistence.

For these believers in moral religious pragmatism, permission to lie in the negotiations is based on designating the Jew as the enemy of Allah and Islam, worthy only of death. For the Palestinian Arab leadership, abetted by the Palestinian Authority’s educational and religious systems, the Jew is religiously labeled not only the enemy because of the so-called “occupation of Palestine,” but because of the ancient Hadith that they invoke that states that Muslims will not be redeemed on Judgment Day unless the Jews on earth are killed. Therefore, for these radical believers, lying to the Jews if it leads to their final destruction is virtually a religious fiat.

Before he met with the American president last week, Mahmoud Abbas told Fatah’s Revolutionary Council in Ramallah that he “would not recognize Israel as the homeland of the Jewish people, would not waive the so-called ‘right of return’ of the Palestinian refugees, and would not abandon the idea of Jerusalem as the capital of Palestine.”

An Abbas confidante and member of Fatah’s Central Committee, appearing on official Palestinian Authority television, revealed the true Palestinian Arab intentions for the Jews during that conference. Abbas Zaki promised that “Allah will gather all the Jews together so that the Palestinians can destroy them.”

All the Palestinian Arabs’ fabricated religious, moral and historical demands on the land of Israel and Jerusalem are based on Islam’s permission to lie to the enemy, considered “legitimate” because their ultimate objective is to destroy Israel and establish “Palestine” on its ruins. No matter the current historical revisionism, honest Palestinian Arab scholars know that there was never a Palestinian state in the land of Israel (or anywhere else); there was never a Palestinian people until Jews started populating the land; and nothing was ever promised to them in the Qur’an. When the United Nations called for a Jewish state and an adjacent Arab state in 1947, the Arabs rejected it.

THE WEST AS HANDMAIDEN TO THE LIES

Because of stunning defeats visited upon the Palestinian Arabs whenever they attempt to destroy Israel with violence and terrorism, they have decided instead to implement Arafat’s “salami plan” and destroy Israel piecemeal through fraud and deception. To that end they have recruited the gullible West to do the work, if not for them, then with them. The Palestinian Arab demand for the so-called “right of return” is one aspect of the plan: its objective is to swamp Israel demographically, thus destroying its Jewish character and making it possible to establish the Muslim “Palestine” on its ruins. 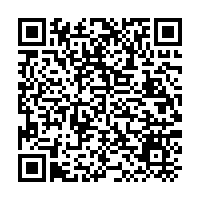