It seems that no one, and everyone, is discussing the opioid epidemic that is so pervasive now.

What I mean is that the media are constantly alerting us to the severe consequences among teens and young adults addicted to opioid-based prescription drugs so easily found on the streets, in home medicine chests, at schools and yeshivas – virtually everywhere.


We are told, correctly, that these drugs are just like heroin. They are highly addictive, can be deadly on their own, but when mixed with other substances are almost always lethal. We read the articles, listen to the reports, perhaps even acknowledge that it is a plague that has invaded our own communities – and then just go on with our routines.

That is, until it affects us personally.

I am personally affected. I take the problem personally. I have always counseled individuals and families dealing with addiction but increasingly the problems are more significant, severe, even toxic.

Yes, critical addictions in my professional practice and clinical work are something I take very personally.

I think that perhaps they could have been saved if proper professional resources were available to them and their families. And I look at those with similar addiction issues we are treating in our practice or have referred for more intensive care with the determination to help them overcome.

We are simply not doing enough to address the issue of addiction in our circles. We tend to minimize certain warning signs and critical areas of concern. Jokes about alcohol use and who got drunk in the community last week are treated as just another yenta’s story.

The number of people who now consider themselves knowledgeable in all the subtle distinctions of whiskey, from taste to price to where to find the rarest single malts, has exploded. Just go to any party, wedding, bar mitzvah, or Kiddush club and watch how many drinks are consumed, especially by those in their twenties. It’s staggering.

What’s worse is that to one degree or another this is being encouraged in some cases by parents and teachers, who should be cautioning against such wanton use of alcohol.

Increasingly it is considered de rigueur to get “loaded” in order to “enjoy” the festivities. Never mind that many of these drinkers spend half the time sick in the bathroom or cannot get out of bed the next day. Never mind that alcohol is a drug, a depressant, and for those who may be susceptible, can act as a gateway to more serious substance abuse.

Marijuana is accepted too. It should come as no surprise that weed is available everywhere. Young people are of the mistaken assumption that just because marijuana is legal in some states, its influence is benign.

Marijuana is a powerful substance, yet teenagers, their older siblings, and many of their parents dismiss the concerns of marijuana use voiced by the experts on addiction.

What is perhaps most frightening is that many of these young people are not aware that when these substances are combined with others, the mix can be deadly. What we are not always aware of is that many users are actually self-medicating.

Researchers have shown that most people who suffer from a substance-use disorder have a co-morbid diagnosis. They have underlying disorders like anxiety, depressions, and worse that often go undiagnosed. They are treating themselves with these escapist medications in part because they are unable, unwilling, or simply afraid to address what they are dealing with. Accepting that you have a problem can make you feel different from others and that difference can make you feel you must hide it.

In our practice as many as 60 percent of those with substance-use disorders have a history of abuse. Most often, that abuse is sexual. It generally takes a great deal of effort for a person who has been abused in this fashion to admit the abuse and begin to heal from it. It seems so much easier for a victim of abuse to deceive himself or herself and hide behind the fog of substance use, a fog that is too commonly accepted.

There are successful programs that follow evidence-supported protocols to help people overcome their substance use and mental health problems regardless of the cause. But none of the programs will work if they are not accessed, if the needy are sidelined, and, most important, if we normalize the abuse of alcohol and marijuana. 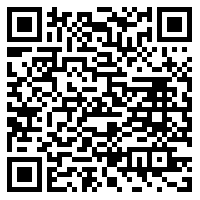