He said, however, that such a cease fire must not enable the establishment of a military presence by Iran and its proxies in Syria in general, and in southern Syria in particular.


“I had deep discussions about this last week with US Secretary of State Tillerson and with Russian President Vladimir Putin,” Netanyahu said. “Both told me that they understand Israel’s position and will take our demands into account.”

Israel will continue to monitor the situation, he said, “while strongly upholding our red lines.”

Netanyahu was clear about where those lines lay: “Prevent the strengthening of Hezbollah via Syria, with emphasis on the acquisition of precision weapons, prevent Hezbollah – or Iranian forces – from establishing a ground presence along our border, and prevent the establishment of an Iranian military presence in Syria as a whole.”

Last month a U.S. warplane shot down an armed Iranian drone over Syrian territory. The Pentagon said the incident took place near a combat post where U.S. and coalition advisers were stationed to provide services to forces battling the Islamic State (IS) terrorist organization.

Although the incident was local, it carried broader regional implications, given that Iran was using armed drones in a military theater along Israel’s borders.

Most of the missiles did not reach their target. Nevertheless, Prime Minister Netanyahu sent a message to Iran, “Don’t threaten Israel.” 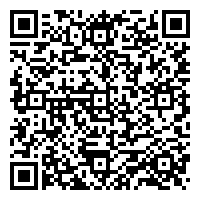