So it is significant that people who should know better, including Abbas, continue to promiscuously refer to the right of return as a legally binding right with which  Israel has repeatedly interfered. But the motivation is clear: prolong the myth of Palestinian victimization and grant them, as part of that mythology, exclusive international recognition and supposed legal rights.

Why? “Unlike all those many millions of other people considered refugees in the late 1940s,” answers Professor Plaut, “the Palestinians were the only ones for whom the ‘right of return’ to their previous homes was considered an entitlement. The reason was not a selective affection for Palestinians, but a selective hostility toward Israel and Jews.”


If Palestinians could embrace the notion of a secure life in a Palestinian state that already exists – Jordan — and stop sacrificing themselves on the myth of a return to a homeland that was never and can never be exclusively their own, they may be able to live, finally, in peace with their Israeli neighbors who seek the same safety and self-determination themselves. 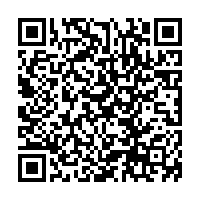