The vicious doctrine of “intersectionality,” which links different categories of “victims” together and demonizes their purported “oppressors” such as white people, men or those who believe in biological differences between men and women, also targets Zionism and the Jews.

Those who support Zionism often find themselves “canceled.” That’s because the Marxist dogma of identity politics divides people into powerful and powerless according to crude economic or political status.


Consequently, tiny, besieged Israel is viewed as a white oppressive country (even though the majority of its people are brown or even black-skinned) simply because it’s considered a Western nation, has a powerful military (albeit solely for its defense) and is supported by America. So on account of these supposed “crimes,” its supporters are targeted for vilification, too.

Andrew Pessin, a philosophy professor at Connecticut College and a Jew, experienced this in 2015 when he was falsely accused of having dehumanized the Palestinians by supporting Israel during its 2014 war with Hamas in the Gaza Strip. Branded a racist peddling “hate speech,” he was subjected to death threats and antisemitic abuse and forced to take medical leave from teaching for two years.

Now he has fashioned his experiences into a literary weapon in Nevergreen, a sparkling and savagely satirical novel about campus “cancel culture.”

The book is set in the ultimate “woke” environment of Nevergreen, a college situated on a remote island. The name alludes to an infamous event in 2017 at Evergreen State College in Olympia, Wash.

A biology professor there, Bret Weinstein, was hounded out of his post after he objected to the college asking white students to absent themselves for a day to attend a course on race issues. Like Pessin, Weinstein was physically intimidated and not allowed to defend himself against the accusations made against him.

In Pessin’s novel, a physician generally referred to only as “J” is invited to Nevergreen to give a lecture. Although not one student hears this presentation, the rumor mill immediately accuses J of making an unspecified offensive statement that has flouted the college’s Virtue Code.

Required to confess, he is never told what he has done. Unable to leave the island on which he is stranded, he finds himself running for his life from students intent on killing him. He faces being literally canceled.

The narrative brings to life the surreal, nightmarish quality of finding oneself in an asylum where the lunatics are in control. Pessin achieves this by relentlessly following the insane circular logic of identity politics, demonstrating that it is as ludicrous as it is terrifying.

At Nevergreen, the students hate the hate that, to them, people like J represent, and so accordingly hold sessions of “hate-hate.” Yet as haters of hate, the students themselves embody what they claim to be against.

In addition to groups such as the Only Black Lives Matter Club, the White Is A Color Too Club, the Jihadi Martyrs Club and the DIT Club for Diversity, Inclusion and Tolerance, the campus also boasts an Ur-Nazi Club and affirmative action quotas for white supremacists. A tourist brochure says the college is “a real haven for the violent and racist demographic” because its “commitment to full diversity and inclusion attracts those who feel unwelcome elsewhere.”

Not only is this a comical paradox, since, of course, white supremacists are anything but inclusive. It is also a comment on liberals supposedly committed to human rights but who march shoulder to shoulder with Islamists and others committed to extinguishing these rights.

Through this sustained satire, Pessin sprays “cancel culture” with the most effective disinfectant – mockery and ridicule. Reflecting the fact that identity politics is as ludicrous and even insane as it is sinister and totalitarian, his novel channels Kafka’s The Trial, George Orwell’s 1984 and Ken Kesey’s One Flew over the Cuckoo’s Nest. As a result, it is both hilarious and deeply disturbing.

But Pessin has realized something else. Beyond the issue of Israel, identity politics is profoundly anti-Jew. Intersectional zealots don’t just target Israel because they see it as Western and therefore colonialist. They target it because it embodies Jewish power.

Like other antisemites, these culture warriors believe that the Jews possess infernal, demonic power that enables them secretly to control the world in their own interests. Since Israel has military power, they view Israel as intrinsically a threat to the world. To them, Jews can never be allowed to have power. They must always remain powerless.

Critical race theory, which sits at the core of intersectionality, is deeply, incontrovertibly anti-Jew. It holds that the Jews control the finances, professions and politics of the West and are therefore part of oppressive and racist “white privilege,” even if they are brown-skinned.

So Jews can never be considered victims. In Nevergreen, the deepest element of J’s fiendish predicament is that, even while people are hunting him in order to murder him on the basis of an insane lie, he can never be recognized as a victim because he is a Jew.

Notably, however, this remains unspoken. For Nevergreen makes no mention of Jews. Instead, the narrative is stuffed with coded references that can be spotted by alert readers.

The victimized protagonist is referred to at the college only as J. This is an allusion to the novel J by Howard Jacobson in which “J” stands for Jew, the word that can never be mentioned because, in Jacobson’s own satirical dystopia, the Jews have been written out of the cultural script.

In a similar vein, there are references in Nevergreen to the “Episode,” about which we are told only that students went to the Middle East to help bring peace between warring factions but got slaughtered for their efforts.

We are told that Professor A.M. Alek of the Near East Languages and Literature Department had some kind of role in this ” Episode” – not surprising since his name, spelled out, happens to be the name of the ultimate enemy of the Jewish people that the Torah tells us must be both blotted out and never be forgotten.

A Nevergreen student named Ariana, who loves “hating hate with close friends,” rejoices that the college is “solidly normal” because of the absence of “those people.”

There are many more such Jewish references which it’s fun to spot, in a grisly kind of way. Yet the striking thing is that, although this Jewish theme is so important, it is concealed in a kind of literary code.

This suggests a caution caused by the fact that that many people are actively turned off by the topic of antisemitism. Despite the record levels of anti-Jewish hatred and attacks on campus and elsewhere, relatively little is written about it.

For antisemitism is the one prejudice that dare not speak its name. Many people are deeply uncomfortable with the Jews being presented as victims.

Partly that’s because of western Holocaust guilt. Partly it’s because it exposes intersectionality for promoting bogus victimization. But mainly, it’s because so many people really don’t care for the Jewish people. The murderous hunting of J in Nevergreen suggests the unspoken desire to cancel the Jews that is now poisoning the Western cultural air.

Derangement about the Jews drives the derangement of “cancel culture.” Pessin’s novel shows how irrationality and total disconnection from reality define both our culture wars and the antisemitic mind, and that these are indissolubly linked. To read this brilliant novel is to laugh – and to cry. 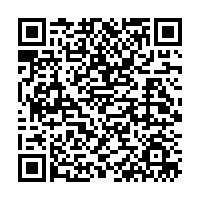