In 2007 my parents decided it was time to downsize and sell their home of more than thirty years. To help them pack up and move into their new apartment, I returned to Cleveland to offer my assistance.

Sorting through items in the attic, I found a long-forgotten box of my elementary school mementos. While I certainly got a kick out of looking through my youthful drawings, school projects, and report cards, it was some photographs that really caused me to stop and think.


Among my official class pictures were photographs from my eighth birthday party. There I was, at home, celebrating with my friends and Hebrew Academy classmates. As I studied the photos, I was struck by the diversity of the homes and families represented by the smiling young boys looking back at me. My friends and classmates spanned the entire spectrum of Cleveland’s Orthodox community of the early 1980s.

There were kids whose homes had television sets as well as some in whose homes TVs were not welcome. Some of my friends belonged to shuls that proudly recited Hallel on Yom Ha’atzmaut, while others davened in shuls that did nothing of the sort.

My classmates included children and grandchildren of the Telshe Yeshiva faculty, as well as the sons of businessmen, Jewish educators, intellectuals, musicians, etc. The parents of some of my friends had attended the finest colleges and universities, while the parents of others had attended the most respected yeshivas and seminaries.

Some of the boys in those pictures had mothers who wore sheitels; others had never heard the term. Most of my classmates were “all-American” while a few had recently arrived from what was still the Soviet Union. Finally, the yarmulkes on our heads ran the full gamut of sizes, colors, and materials (mine was of the official blue Hebrew Academy of Cleveland variety).

Despite the differences between us and between our families, we all attended the Hebrew Academy together. Those pictures were full of happy, smiling boys enjoying the beautiful birthday cake my mother had baked in my honor.

Since finding those pictures of my birthday party from thirty years ago, I sometimes find myself pondering the following:

A) I was able to celebrate my birthday in the company of friends from such a diverse group of families because our parents chose to focus on the 95 percent of values shared by all Orthodox families rather than the five percent that divides us.

B) I am grateful I grew up in a time and an environment when the children of Cleveland’s diverse Orthodox community were easily able to befriend and interact with one another. I know my friends and I gained immeasurably from our shared experiences.

C) I pray that pictures such as those I chanced upon will again become the standard rather than the exception.

D) Should someone tell me that achdus (unity) within American Jewry’s Orthodox community is not possible, I can confidently tell him he is mistaken. After all, as a young boy I experienced such achdus – thanks to the Hebrew Academy of Cleveland. 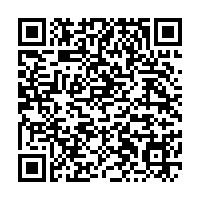