The video-conferencing platform Zoom has canceled a conversation on its platform hosted by San Francisco State University’s Arab and Muslim Ethnicities and Diasporas Studies (AMED) featuring a documented Palestinian terrorist following complaints from the Lawfare Project on Tuesday.


The Sept. 23 event, “Whose Narratives? Gender, Justice, & Resistance: A conversation with Leila Khaled,” was scheduled to take place via Zoom. It was to be hosted by SFSU professors Rabab Abdulhadi, who has a history of anti-Israel activism, and Tomomi Kinukawa.

Khaled played a critical role in two airplane hijackings as a member of the Popular Front for the Liberation of Palestine (PFLP), a U.S.-designated terrorist organization. The Israeli Shin Bet considers Khaled as part of the Jordanian command of the PFLP.

The Lawfare Project initially sent a letter to Zoom last week warning that by knowingly permitting Khaled to use its platform to communicate directly to U.S. college students, Zoom could violate federal law that makes it illegal to provide material support or resources to a foreign terrorist organization.

Following what the Lawfare Project called an “intensive dialogue” with Zoom officials over the past two days, Zoom’s deputy general counsel and chief compliance and ethics officer, Lynn Haaland, issued the following statement: “Zoom is committed to supporting the open exchange of ideas and conversations, subject to certain limitations contained in our Terms of Service, including those related to user compliance with applicable U.S. export control, sanctions, and anti-terrorism laws. In light of the speaker’s reported affiliation or membership in a U.S. designated foreign terrorist organization, and SFSU’s inability to confirm otherwise, we determined the meeting is in violation of Zoom’s Terms of Service and told SFSU they may not use Zoom for this particular event.”

Khaled was one of the hijackers on TWA Flight 840 from Rome to Tel Aviv in 1969 and on El Al Flight 219 in 1970 from Amsterdam to New York City. She was released in both cases.

Nearly 90 Jewish and pro-Israel groups expressed outrage and concern about the event to SFSU president Lynn Mahoney, who repeatedly defended the event by invoking freedom of expression.

JNS has reached out to AMED about the platform cancellation and if it still plans to hold the event elsewhere. 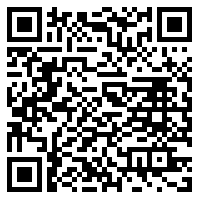