When Rachel Factor was searching for a title for her new show, the words “not even normal” kept popping into her head. It’s a phrase she heard used frequently by the young seminary students who were guests in her home. If the girls thought the food was especially delicious or they found something indescribably good they enthusiastically proclaimed, “It’s not even normal!” These words resonated deeply within her.

“All my life I didn’t want normal and so I was always searching,” she explained, and therefore it seemed like the perfect description for her extraordinary journey. But unlike her first one-woman show, “JAP”, which toured the U.S. and Canada for four months, this show will be limited to a two-week engagement because Rachel Factor now has a four-year-old son who attends cheder. When I asked the former Radio City Music Hall Rockette, Broadway actress and television performer if she ever thought she would have a child in cheder she answered with genuine wonder, “Did I ever think I would even know what the word cheder meant?”

It definitely wasn’t part of her vocabulary when she was growing up in Hawaii and dreamt of becoming a star. The daughter of Japanese-Americans, she told the inspiring story of her storybook marriage to Todd Factor, her conversion to Orthodox Judaism and aliyah to Israel, in her critically acclaimed show, “JAP.” Less than two years after her successful fundraising tour, Rachel has fulfilled another dream, to build a center in Jerusalem that offers classes for women in the theater arts in accordance with Torah values.

Build It And They Will Come

Located in the Bell Tower on King George Street, she named the center HaMachol Shel Bnos Miriam “in honor of the women who sang praises to Hashem when they crossed the Yam Suf.” Rachel is convinced, “There is a desire inside all of us to express ourselves in song and dance, and we should have the opportunity to express this desire in a way that is holy.”

Bnos Miriam offers women and girls of all ages a dizzying schedule of classes, including ballet, drama, jazz, groove, vocal, strength, pre-natal and cardio. “We wanted to give women a place to take care of their bodies and their minds.” In order to achieve this, the center also provides young mothers with daycare. The feedback coming from kollel men whose wives come to class has been extremely positive because it has given the women an opportunity to reconnect with themselves and others.

Another remarkable aspect of the center has been the positive message girls receive from their teachers. When the students meet women like former rock star Moran Rotman, who turned down a record deal which she had pursued most of her life, and professional ballerina, Leah Faigel Hyman, they can’t help but be inspired. “These Ba’alot Teshuvah, who made a conscious choice to give up a successful secular lifestyle because they found a life of Yiddishkeit and Torah more rewarding, provide very positive role models for our students.”

Rachel also experienced the daunting challenge of giving up her career, but she sensed that “Hashem wanted something from me, and I knew that if I just committed to it fully then he would take care of me.” Today she feels blessed because “Now I dance every day and use what I know to help other people through movement and song.”

Not Even Normal, The Sequel

Rachel’s new show takes up where “JAP” left off and was written from what she describes as a much more spiritual place. “I’ve really searched for guidance in doing the second show, and so I read it for Rebbetzin Tzipora Heller who gave it a high recommendation and gave me new inspiration to go forward with it.” Her goal in this show was “not only to provide kosher entertainment for women but also to leave them with a message so that they would walk away having gained something in their lives.” The show also features “two extraordinary performers, Aharona Gans and Raquella Siegel, who dance and play characters in the show.”

Rachel has written all of the songs herself and is especially proud of the song about her son, Ariel, whom she credits with bringing her to Israel. “We feel a strong sense of purpose and meaning living here and it’s amazing to see how much we’ve grown.”

Rachel’s husband Tovia, who attends Midrash Shmuel, will be accompanying her on the tour along with sons Ariel and Shalom and the newest member of the family, eight-week-old Avigail.

For show locations, dates and times and to order tickets go to www.Rachelfactor.com or call 646-201-9636. 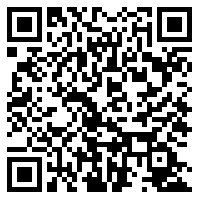