It is unfortunate that a flamboyant congresswoman with an obvious agenda was able to take control of the initial spin placed on President Trump’s call to the widow of Sgt. David T. Johnson.

All agree the president said something to the effect that Sgt. Johnson had known what he was getting into when he enlisted in the Green Berets. But Congresswoman Frederica Wilson, who was in the car with Mrs. Johnson when she took the president’s call, promptly declared herself to be shocked that the president of the United States could be so insensitive as to suggest that Mrs. Jackson shouldn’t feel so bad inasmuch as her husband has taken upon himself the risk of dying in combat. And Ms. Wilson’s narrative assumed a life of its own.


Actually, when we first heard what Mr. Trump is reported to have said, we thought he was praising Sgt. Johnson’s sacrifice because he knowingly, and selflessly, put himself in harm’s way in defense of his country.

So it was unfortunate that the congresswoman, an outspoken critic of President Trump, was positioned to get the first word about the incident and transform a somber occasion into a partisan squabble. What could she have been thinking when she embarked on her politically motivated reproach of the president before Sgt. Johnson’s widow even got to see his casket? 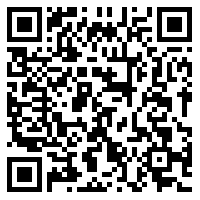