The Jerusalem Citadel has been an iconic symbol of Jerusalem’s Old City since ancient times. Dating back over 2,000 years, it is said that King Herod built three tall towers on top of pre-existing fortifications to the west of the Temple Mount. Herod’s towers, which stood up to 145 feet in height, were designed to protect his royal palace, situated near Mount Zion. Following the Roman destruction of Jerusalem and adoption of Christianity as the favored religion of the empire, the Byzantine Christians who took over the Citadel, mistook the tower as being part of King David’s Palace and renamed it the Tower of David.


The citadel, as it is seen today, dates back to the Mamluk period (14th Century), as it was the Mamluk Sultan, Al-Nasir Muhammad, who rebuilt it after its destruction several years earlier. The citadel was also expanded by the Ottoman Empire, who added a mosque and a minaret at the southwest corner. The minaret was strategically built on the highest point of the city, providing the ideal vantage point. Due to its tactical location, the tower had been in constant use for military purposes since its completion in 1655 until Israel’s victory during the 1967 Six-Day War- after which, the citadel was transformed into a cultural hub.

Today, however, the Tower of David functions as a museum dedicated to the history of Jerusalem. Visitors of the museum will enjoy exhibits depicting the 4,000-year history of Jerusalem- from the Canaanite city of its origins to the present day. There is also an opportunity to experience an unparalleled view of the Old City from the citadel’s ramparts.

Another popular and enjoyable feature of the tower is the Night Spectacular Sound and Light Show. The show tells the story of Jerusalem through a fascinating juxtaposition of ancient and contemporary history, using modern technology and special effects to project images onto the medieval stones of the citadel.

The museum is currently working on a project to incorporate a tour of the newly discovered remains of King Herod’s palace, which were found as the result of the museum’s latest plans for expansion.

The Tower of David is one of the Old City’s most intriguing archaeological sites; a Jerusalem attraction the whole family can enjoy. 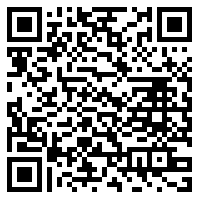