During the past few days, I had occasion to visit the homes of some of the Palestinian men and women involved in the ongoing wave of terrorism against Israelis — the violence that some are calling an “intifada,” or uprising.


What I saw — what you or anyone could see during these visits — was that none of these Palestinians had suffered harsh lives. Their living conditions were anything but miserable. In fact, these murderers had been leading comfortable lives, with unlimited access to education and work.

Four of the terrorists came from Jerusalem and, as permanent residents who had not applied for citizenship, held Israeli ID cards. They enjoyed all the rights of an Israeli citizen, except for voting for the Knesset — but it is not as if the Arabs of Jerusalem are killing and dying because they want to vote in Israeli parliamentary elections.

These young people took advantage of their status as permanent residents of Israel to set out and murder Jews. They all had Israeli ID cards that allowed them to travel freely inside Israel, and even own and drive vehicles with Israeli license plates. They were also entitled to the social welfare benefits and free healthcare granted to all Israeli citizens, regardless of their faith, color or ethnicity.

None of the young Palestinians involved in the recent terror attacks lived a mud house, a tent, or even a rented apartment. They all lived in houses owned by their families, and had unlimited access to the internet. They all carried smartphones that allowed them to share their views on Facebook and Twitter and, among other things, to engage in wanton incitement against Israel and Jews.

At the home of Muhannad Halabi, for example, the Palestinian who murdered two Jews in the Old City of Jerusalem last week, you would discover that his father is a businessman who deals in air-conditioning systems and has his own business in Ramallah. The family’s house, in the village of Surda on the northern outskirts of Ramallah, looks as if it came out of a movie filmed in San Diego.

Muhannad Halabi, his relatives said, was a spoiled boy who had gotten everything he asked for. He had been studying law at Al-Quds University near Jerusalem, and was able to commute freely between Ramallah and the campus. But the good life Muhannad had did not prevent him from joining Islamic Jihad and murdering two Jews. He wanted to murder Jews because he had been brainwashed by our leaders and media, and was driven by hatred — he was not living in misery and deprivation.

The case of Shuruq Dweyat, an 18-year-old female student from the Tsur Baher village in Jerusalem, is not really different from that of Muhannad Halabi. She is now receiving treatment in an Israeli hospital, free of charge, after being shot and seriously wounded by the Jew she tried to murder inside the Old City of Jerusalem. She was studying history and geography at Bethlehem University, to which she travelled four times a week from her home, without facing any obstacles or being stopped by Israeli soldiers.

Photos Shuruq posted on social media show a happy woman who never stopped smiling and posing for “selfies.” She has her own smartphone. Her family, like those of all the other terrorists, own their own house and lead an extremely comfortable life. The Israeli ID card Shuruq holds allows her to go to any place inside Israel at any time. She chose to take advantage of this privilege to try to murder a random Jew in the street. The reason? She, too, was apparently driven by hatred, anti-Semitism and bigotry. She, too, was the victim of a massive propaganda machine that ceaselessly demonizes Israel and Jews.

If you had met 19-year-old Fadi Alloun, you would have seen possibly the most handsome man in Jerusalem. Fadi, who came from Issawiyeh in Jerusalem, had also been enjoying a good life under Israel’s administration. He too had an Israeli ID card and was able to travel freely throughout the country. His family told me that he had loved going to shopping malls in Israel to buy clothes from chain stores such as Zara, Renuar, Castro. With his snazzy clothes and sunglasses, he looked like more like an Italian fashion model than your average terrorist. He, too, had unlimited access to the Internet and his family owned their own house.

Fadi’s good life in Israel, however, did not prevent him from setting out to stab the first Jew he met on the street. This happened last week, when Fadi stabbed a 15-year-old Jew just outside the Old City of Jerusalem. Fadi was shot and killed by Israeli policemen who rushed to the scene of the attack. Fadi did not set out to murder Jews because he had a harsh life. Nor was he driven by misery or poverty. He had almost everything to which he aspired, and his family were well-off. The life Fadi had, in fact, was much better than the lives of many of his fellow Palestinians in the West Bank and Gaza Strip. As an Israeli resident, Fadi was able to go anywhere he wanted in Israel and had free access to restaurants, shopping malls and gyms.

The other young men and women who have carried out the current wave of terror attacks were also leading good lives; some had jobs inside Israel, in part thanks to their Israeli ID cards. Those who came from the West Bank were able to bypass checkpoints and the security barrier, just as thousands of other Palestinian laborers do, who cross into Israel every day in search of work and better lives.

To be honest, I envied these terrorists because of the comfortable lives they had. The furniture in their homes is far better than my furniture. Still, their luxuries did not stop them from setting out to murder Jews.

What does all this mean? It shows that the Palestinian terrorists are not driven by poverty and deprivation, as many have long been arguing. Palestinian terrorists are driven by hatred for Jews because of what their leaders, media and mosques are telling them: that the Jews are the enemy and that they have no right to be in this part of the world.

It also shows that this conflict is not about Islamic holy sites or Jerusalem, but about murdering Jews whenever possible. Murdering two Jews inside the Old City of Jerusalem or a Jewish couple in front of their four children has nothing to do with the Aqsa Mosque or “occupation.” It is simply about the desire to murder as many Jews as one can. The terrorists did not draw any distinction between a Jew living in east Jerusalem, the West Bank, Tel Aviv or Afula [northern Israel]. For the terrorists and their sponsors, all Jews are “settlers” and Israel is one big settlement that needs to be eliminated.

Our conflict with Israel is not about “occupation” or Jerusalem or holy sites or borders. Nor is it about poverty and poor living conditions or walls and fences and checkpoints. This conflict is really about Israel’s very existence in this part of the world. The current wave of terrorism is just another phase in our dream to wipe Israel off the face of the earth. This is not an intifada. It is just another killing-spree aimed at terrorizing the Jews and forcing them to leave this part of the world. It already succeeded in the rest of the Middle East, and is now being done to the Christians as well.

The terrorists and their supporters are not struggling against a checkpoint or a wall. They want to see Israel destroyed, Jews slaughtered, and the streets of Israel running with Jewish blood. 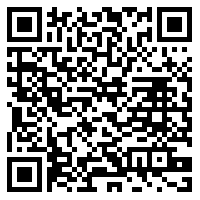