Once again, with the recent terrorist attack in Paris, our President went into his professorial mode to point out our abysmal ignorance regarding Islam. As you know, President Obama never uses the phrase radical Islam to describe the now multitude of brutal murders committed by ISIS terrorists, asserting that Islam is a peaceful religion no matter the claims of the self-proclaimed “Islamic State” to be fulfilling the directives of the Koran. To the contrary, our President assures us their actions are a perversion of the peace loving religion founded by Mohammed. And while many scholars of Islam have pointed out that both the Koran and the Hadith do provide source for the actions of ISIS, our President and self-appointed American theologian takes no mind. Perhaps a dose of American history and the experience of his predecessors in the office of commander-in-chief of the United States, may help him fully grasp the nature of the enemy now encountered by the nations of the world.

In the 18th century, Tripoli, along with the other Barbary Coast lands of Tunis, Morocco and Algiers challenged our new republic’s diplomacy by their piracy. The Barbary pirates, actually corsairs representing the lands of the Barbary Coast, had as their main objective capturing Christians, Jews and other non-believers for slavery and ransom. From the 16th to 19th century, these Muslim pirates captured an estimated 800,000 to 1.25 million people as slaves. The Europeans made peace with the Barbary States through treaties that required annual payments of tribute dubbed at times “annuities.” The merchant vessels of any country without such a treaty were at the mercy of these state-sponsored maritime marauders, including those of the United States.


In 1784 Congress appointed Thomas Jefferson, John Adams and Benjamin Franklin as peace commissioners to negotiate treaties of peace and commerce with the major states of Europe and the Mediterranean which included the states of the Barbary Coast. In 1786, Jefferson and Adams met in London with Sidi Haji Abdul Rahman Adja, the representative of the “Dey”, the Regent, of Algiers and Tripoli to Britain. Jefferson and Adams asked him why the Muslims were hostile to the relatively young United States, which had done no harm to the Muslim people. The Dey’s response, as reported to Congress, was that “Islam was founded on the laws of their Prophet, that it was written in the Koran, that all nations who should not have knowledge of their authority were sinners, that it was their right and duty to make war upon them wherever they could be found, and to make slaves of all they could take as prisoners, and that every Musselman who should be slain in battle was sure to go to paradise.”

Perhaps Rahman Adja had in mind these and similar verses found in the Koran:

98: 6-8 Those who disbelieve from among the People of the Book and the idolaters, will be in the fire of hell, abiding therein. They are the worst of creatures. Those who believe and do good, they are the best of creatures. Their reward is with their Lord: Gardens of perpetuity wherein rivers, abiding therein, forever flow. Allah is well pleased with them, and they are even pleased with Him. That is for him who fears his Lord.

8:12 When thy Lord revealed to the Angels: I am with you, so make firm those who believe. I will cast terror into the hearts of those who disbelieve. So smite above the necks and smite every fingertip of them.

Shaykh al-Shanqeeti (1887-1973), a contemporary Muslim scholar wrote: “The reason for slavery is kufr (non-belief in Islam) and fighting against Allah and His Messenger. When Allah enables the Muslim mujaahideen who are offering their souls and their wealth, and fighting with all their strength and with what Allah has given them to make the word of Allah supreme over the kuffaar (disbeliever), then He makes them their property by means of slavery unless the ruler chooses to free them for nothing or for a ransom, if that serves the interests of the Muslims. Adwa’ al-Bayaan (3/387).

The leaders of the Barbary States were not radical Muslims. They were simply Muslims living in accordance with the moral and ethical principles of Islam as taught in the Koran and the Hadith. Ultimately under President Jefferson, the United States declared war on the “Barbary Pirates” and prevailed. Known as the first Barbary War, 1801-1805, this early victory of our fledgling Marine Corps is forever remembered in the Marine Corps Hymn, which begins, “From the Halls of Montezuma to the shores of Tripoli…” The line “To the shores of Tripoli” references the First Barbary War and in particular the Battle of Derne in 1805 won by Lieutenant Presley O’Bannon and his Marines.

As has been noted in recent reports in the press, ISIS, the Islamic State, has now embarked upon taking slaves of those captured during their terrorist actions, much as the Barbary Pirates did over 200 years ago in accord with the teachings of Islam as explained by Shaykh al-Shanqeeti.

On the Fox news program, The Kelly File (September 12, 2014), and on other news programs as well, Dr. Zuhdi Jasser, leader of the American Islamic Forum for Democracy, a physician who formerly served in the American Armed Forces, refuted President Obama’s claim that “ISIS is not Islamic.” Stating the President does recognize the Islamic State of Iran, the Islamic State of Pakistan, the Islamic State of Saudi Arabia, each of which, as ISIS, imprisons and murders nonbelievers including Jews and Christians, treats women in a despicable manner etc. Dr. Jasser who, as a Muslim advocating for the reform of Islam, claimed when the President wrongly states that ISIS is not in accord with Islam, he is making it more difficult for reformers to have influence on Islam globally.

Why President Obama is so intransigent on this subject when the truth is so obvious, even from the experiences of those who served before him as President of the United States is unfathomable. One irrefutable fact remains, “If you know the enemy and know yourself, you need not fear the result of a hundred battles. If you know yourself but not the enemy, for every victory gained you will also suffer a defeat. If you know neither the enemy nor yourself, you will succumb in every battle.” Sun Tzu 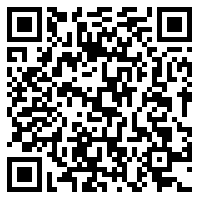