Rav Avrohom Pam, zt”l, Rosh Yeshiva Torah Vodaath, would say: “People search for the City of Happiness, but they do not realize that it is really a State of Mind.”

We all know that these clever words are true, but don’t necessarily know how to apply them in practice. How can we enter this special state of mind when things do not end up as we had wanted and expected?

Well, one of the ways to receive an entry visa is by looking at all the good we have in our lives. Try thinking about people who are not as fortunate as we are, and those who lack such basic faculties as the ability to see, hear, breathe, or walk. That should begin raising our spirits. In addition, remembering those kindnesses from Hashem will make us cognizant of the fact that He loves us dearly and only wants to give us good. So fi things did not go “our” way, obviously, it was really not good for us.

One of the best ways to live a happier life is through tefillah, as Rab Shimshon Pincus explains with the following parable:

Dovi desperately needed a massive loan from the bank to save him from bankruptcy. The problem was that only the president of the bank could approve such a loan, and as much as he tried, he just could not get an appointment with him. One day, Dovi was wandering aimlessly through the park with signs of worry all over his face. He sat down on a bench next to a man who happened to be smoking a cigarette. Noticing his distress, the stranger asked him what was wrong. As Dovi began to pour out his heart he suddenly realized that this stranger was none other than the president of the bank himself! Imagine his joy as he thought: “This is the person I have been trying to reach for weeks – and here I am talking to him!”

Says Rav Pincus: We all have many needs in our lives – some big, some small; some more worrisome, some less. But if we would realize while we are praying to Hashem that He is the source of all good in the world and that if He wants He can take care of all our needs, we would jump for joy. “What a stroke of luck! An act of providence! Imagine that! The One that I happened to meet while davening is the One that can help me – I just have to ask!”

Tefillah is an excellent way to enter the State of Happiness. First, each time we pray, we should make ourselves aware that we have a direct and personal connection to the One who can totally take care of us. Second, through asking Hashem for our needs we essentially say: “I believe that I need such and such, but I am turning to You for them because not only are You the only source for my needs, You know if it is really good for me or not.” Through prayer we realize that Hashem is guiding us and taking care of us. That should cause our hearts to swell with joy!

Unfortunately, for many people tefillah is not such an exciting experience, to say the least. Why? One reason is that they are suffering from the “Cheeseless Blintz Syndrome,” as described by Rabbi Yosef Shlomo Goldshmidt in his sefer V’yached Livaveinu:

Poverty was an unwelcome resident in the Stein family abode. Their meals consisted of not much more than bread and butter. One day, Leah, one of Stein girls, was talking to her friend Shira about what they had for lunch. “We have cheese blintzes every Monday, and they are really delicious,” said Shira. “The dough is crispy and tasty, and together with the cheese it is just heavenly,” she said as she dreamily rolled her eyes. “Can you give me the recipe?” asked Leah. “Sure, come to my house and my mother will give it to you,” answered Shira.

A short while later Leah came home, donned an apron and “Operation Cheese Blintzes” began! “Please bring the cheese,” Leah requested from her sister. After looking in every corner of the fridge, they soon discovered that they had no cheese. “No problem,” said Leah. “We’ll make them without cheese. Now I need a cup of oil.” No oil. “Fine, we’ll skip the oil. Three eggs please.” No eggs. “Okay, we can make them without eggs. Bring me some sugar.” No sugar. In the end, all they found was flour and water. But that didn’t stop Leah Stein – she was determined to have cheese blintzes!

She mixed the batter, poured it into the frying pan, and her siblings’ mouths began to water. When the blintzes were ready, each child received a sizzling hot blintz and the excitement was unfathomable. Leah excitedly cut a piece and placed it in her mouth, but immediately spat it out. “What! This is called delicious? These blintzes are absolutely horrible! What is Shira so excited about?”

The same is true regarding davening. Let’s take, for example, our friend Avi, who unfortunately comes late to Shacharis every day. He mumbles birchas hashachar while taking his tefillin out of their bag, and skips half of pesukei d’zimrah in order to catch up to the tzibbur. Birchas Krias Shema is a mad pursuit after the chazzan and Shemoneh Esrei is said at supersonic speed. He rolls up his tefillin as he says ashrei and sales out the door muttering Aleinu. No wonder Avi doesn’t enjoy tefillah! He is like the Stein kids! One who does not follow the recipe that Chazal gave us will end up with tasteless, cheeseless blintzes.

The first ingredient in being able to enjoy davening is to set aside time to understand the words of the tefillah and what we are trying to accomplish in each part. Doing so will give you the ability to pray with emotion. (In next month’s article we will iy”H reveal how to “live the words” and thus turn every tefillah into an extremely enjoyable experience!)

The next ingredient is being on time. Give yourself the proper amount of time to daven so that you can actually think about what you are saying and create that connection to Hashem. In addition, having enough time will ensure not having to skip any of the steps that Chazal established for us in order to come to the great moment of standing in front of Hashem and truly feel its special quality.

Finally, avoid doing things while you daven that will distract you, such as looking at your phone or even reading a pamphlet. As it is, we have a hard time concentrating; why make it harder? Women who daven at home should do so when small children are taking a nap or are occupied. And davening in between running from the pot on the stove to the washing machine and then to the dryer is certainly not recommended. (Of course, if that is the only time you have available, at least make sure not to do anything when you are actually saying the words of tefillah!)

The Arizal said that the more simcha we have when we daven, the more we will gain. Treasure houses of good are waiting for us in Heaven – and davening with joy may be the key to bringing them down to us on Earth! 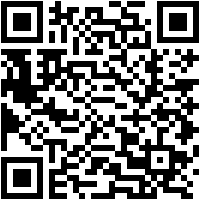