As the end of the calendar year approaches, observant Jews confront a number of non-Jewish holidays, including Halloween, Thanksgiving, and New Year’s Day. For Jews living in the Diaspora, these days present specific questions – such as whether one may celebrate these holidays at home (or even the office) – as well as more general issues such as the permissibility of imitating the behavior of non-Jews.

The Torah tells us not to “walk in the paths” of non-Jews (Vayikra 17:3; 20:23). This prohibition is known as “chukas akum.” The Talmud, as well as Rishonim and Acharonim, grapple with the definition of this prohibition. How does one define it? And what is the reason for it?

The Maharik (15th century, Italy) wrote one of the most important responsa on this issue. He was asked whether wearing a special coat (kappa) worn by non-Jewish doctors is prohibited due to chukas akum. In response, the Maharik asserts that one can violate this prohibition in one of two ways.

1) By adopting a non-Jewish custom that has no apparent reason (hence the word “chok” in “chukas akum”). Acting in such a manner is prohibited because “he does this in order to appear similar to them, and not for a known purpose.”

The Talmud (Avodah Zarah 11b) states that a Jewish king’s belongings are burnt after his death. Even though the origin of this practice is not Jewish, “burning itself is not an idolatrous custom; rather, it demonstrates the great importance of the king who passed away.” In other words, since this practice bears a reason, it is not considered “chukas akum.”

The Maharik (see also Rema, Yoreh De’ah 178:1) concludes that since a doctor’s coat is merely “an indication of academic accomplishment, one should attribute his wearing this coat only to the benefit it yields, either respect or financial gain.” Wearing the coat is, therefore, permitted. The same applies to other professional uniforms, and one might argue to graduation robes as well.

Acharonim discuss numerous other customs and practices in the context of “chukas akum,” including wearing black at a funeral (Yabi’a Omer, Yoreh De’ah 3:25), decorating a shul with trees on Shavuos, and even not wearing a yarmulke (Taz, Orach Chayim 8:3, Igros Moshe, Yoreh De’ah 4:11).

The Rabbis (Tosefta, Shabbos 11:1) tell us to should avoid certain clothing styles and haircuts. The Rambam (Hilchos Avodas Kochavim 11:1) writes: “We may not follow the statutes of the idolaters or resemble them in their dress, hair, or the like…. Instead, the Jews should be separate from them and distinct in their dress and in their deeds, as they are in their ideals and character traits.”

Defining a hairstyle, or a style of dress, that violates the prohibition of “chukas akum” is not easy, however. The Beis Yosef (Yoreh De’ah 178) writes that one does not have to refrain from wearing clothing that is not “unique” to non-Jews. Similarly, R. Moshe Feinstein (Yoreh De’ah 1:81) allowed Polish immigrants to dress in accordance with local custom. According to the definition established by the Maharik, only dress that is immodest, or overtly “non-Jewish,” is problematic.

In determining whether one may celebrate a non-Jewish holiday, it is important to first determine the origin of the holiday and the nature of its celebration.

Halloween is rooted in the pagan holiday of Samhain, and later in the Catholic “Hallow’s Eve.” Although the origins of Halloween have become somewhat lost over the years, it appears to be a classic example of a pagan holiday. (Yet, distributing candy to neighbors who “trick or treat” as an act of good will or to prevent animosity [eiva] is likely permissible.)

On the other hand, Thanksgiving, as described by President George Washington (1789), is meant to be “devoted…to the service of that great and glorious Being.” It is a day on which we render “unto Him our sincere and humble thanks for His kind care and protection of the people of this country.” While the holiday is clearly religious in nature, there is nothing specifically Christian about it, and its themes are entirely consistent which Jewish values.

For this reason, R. Moshe Feinstein (Even HaEzer 2:13) writes: “Since it is clear that…this day is not mentioned as a religious holiday…and since this is a day of remembrance to citizens of this country when they came to reside here either now or earlier, halacha sees no prohibition in celebrating with a meal or with the eating of turkey.”

R. Joseph B. Soloveitchik embraced Thanksgiving (Nefesh HaRav, pg. 231; see also R. Henkin’s Bnei Bonim 2:30, 3:37). R. Yitzchak Hutner (Igros Umechtavim 109), on the other hand, viewed it as a fundamentally secular holiday, and therefore wrote, “In truth, one must distance oneself from these types of customs and even from those events that are similar to these types of customs… The truth is simple and obvious.”

New Year’s Day marks the feast of the naming and circumcision of the father of Christianity. It is observed in the Anglican, Lutheran, and Roman Catholic Churches. Although it has undoubtedly been accepted as a secular holiday as well, its place in Christianity cannot be denied.

In addition to analyzing the origins of a secular holiday, it is equally important to address the nature of its festivities. While eating turkey, praising God, and expressing gratitude may be wholesome and consistent with Judaism, the manner in which some non-Jewish holidays are celebrated may be problematic. For example, the drinking and dancing generally associated with New Year’s Eve is obviously not conducive to cheshbon hanefesh and making resolutions, which Judaism believes every day (especially Rosh Chodesh and Rosh Hashanah) should ideally be utilized for.

May an observant Jew attend, or even host, a holiday party? The Talmud (Avodah Zarah 8a) states that a Jew who attends a pagan celebration is considered to have “engaged in idol worship in purity” (i.e., unwittingly). Some poskim, however, rule that a person may attend an office holiday party if his employees, co-workers, or employer would be offended by his absence, which may cause animosity (eiva).

In addition, since nowadays most office parties aren’t “religious” celebrations, and even try to accommodate people of all religions, they are entirely secular and, therefore, arguably okay. Of course, the answer may depend upon the type of celebration, and each case should be examined separately.

Jewish Identity in the Diaspora

In addition to addressing the halachic permissibility of participating in, and even celebrating certain non-Jewish holidays, it behooves us to raise a broader, possibly more fundamental issue. Historically, the Jewish people faced the challenge of respectfully living among their non-Jewish neighbors and following local law and custom while also maintaining their unique character and religious lifestyle, which has protected Jewish identity for thousands of years.

While certain customs, and even holidays, are both beautiful and meaningful, an observant Jew must strive to achieve the proper balance between being a “stranger and a resident” (Bereishis 23:4), and constantly reevaluate his relationship to his country and its people. This challenge is even more acute since the establishment of the State of Israel, as the Jewish people now have their own country and homeland. 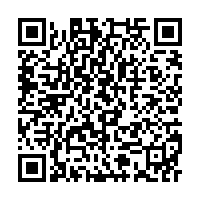