What is the exact meaning of amen and where does the word come from?

In our last installment we sought to determine what constitutes hearing and “being present” in the context of the Aruch Hashulchan’s dramatic statement that a person’s “sin is great” if he doesn’t respond amen to a berachah. We cited from a responsum of Rabbi Sholom Klass (“Responsa of Modern Judaism, Vol. III”) regarding hearing megillah, keriat haTorah and shofar via audio transmission – microphone, radio etc. Rabbi Klass cited many sources, some of which permit doing so in cases of unusual need and others which remain opposed no matter the circumstances.

Rabbi Sholom Klass cites Rabbi Eliezer Yehuda Waldenberg (Tzitz Eliezer Vol 8: chap.11) who explains the view of Yerushas Peleita (chap. 10, which we cited earlier) that in times of emergency one may hear megillah, keriat haTorah, and even shofar over the telephone. He also states that one may respond to Kaddish, Kedushah, and even Barchu over the phone. He is lenient because he considers the voice one hears over the phone to be identical to the voice speaking into the phone. And Rabbi Waldenberg once ruled, l’chatchilah, that patients in a hospital could hear megillah via a speaker system if they have no other choice.

Yet, Rabbi Waldenberg maintains that we should do everything in our power not to rely on hearing megillah via a microphone (or other audio transmission). If someone, however, did hear megillah via a microphone, Rabbi Waldenberg argues that we shouldn’t remonstrate and tell him that he failed to properly hear megillah and that the blessings made were in vain.

The gaon Rabbi Meyer Blumenfeld (rav in Newark, NJ and later Maplewood, NJ) discusses (Perach Shoshana 54, 58) hearing Havdallah over the phone and permits doing so. He points out that Shevut Yaakov (chap. 126) even permits listening to shofar over the telephone. He notes that he previously expressed this view in his sefer Minchat Meir (chap. 19) permitting one to hear megillah and shofar over the phone. He concludes that in an emergency, one may even hear megillah or shofar on the radio and (especially) television (where one can see as well).

Rabbi Bentzion Meir Chai Uziel, Rishon L’zion, Chief Rabbi of Palestine, later Israel (Mishpetei Uziel, vol 1:21, disagreed with Rabbi Blumenfeld and wrote to him that these mitzvot cannot be fulfilled via audio transmission. In Mishpetei Uziel (vol. 2:34), he writes that it is especially prohibited to hear shofar in this manner. (His obvious concern, as we noted earlier, is the possibility of chillul Yom Tov. And if it is, indeed, chillul Yom Tov, discharging one’s mitzvah obligation in this manner might be a mitzvah ha’ba’ah ba’aveirah.) 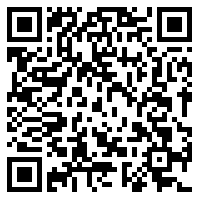