Answer: The Kol Bo (siman 114) relates that a sage once saw a disembodied spirit carrying twigs in obvious distress. In response to a query by the sage, the spirit said he had been sentenced to Gehinnom forever and could only be saved if his son said Kaddish for him. The sage revealed this encounter to the deceased’s son, who proceeded to say Kaddish. Eventually the sage encountered the spirit again, who told him he was now at rest.

This incident is related, with slight variations, in the minor tractate of Kallah Rabbati (ch. 2). The sage in this version is identified as the Tanna Rabbi Akiva. The spirit was a sinner who had left no forbidden act undone and had left behind a pregnant wife.

Rabbi Akiva made inquiries and found the woman, who had just given birth to a son. When the child grew up, Rabbi Akiva took him to a shul to participate in the prayers (and, of course, to recite Kaddish). In this version, too, the spirit later thanked Rabbi Akiva for the peace and tranquility he helped him achieve.

In Midrash Ha’ne’elam (to Parshat Acharei Mot. p. 81) we find the story in more detail: A certain scholar was on his way to the study hall in Turei Kardunita accompanied by two others when they came upon a ditch from which smoke was rising and a man’s voice was calling out, “Woe, woe.” He remarked that this place must be part of Gehinnom.

He later saw in a dream a certain person being punished for his sins by being thrown into burning fires, fueled with wood he was forced to chop – not once, but three times a day and three times a night. He asked him, “From where do you come?” To which the other answered, “Upper Galilee.”

He further inquired, “Did you leave behind a son?” He answered, “I left behind a son. I was a butcher, and I am being judged due to the multitude of transgressions I committed while I was alive with my mouth, feet, and hands. While I am being judged, the angel in charge of the burial grounds says to me, ‘Woe is the one who swears to uphold the Torah and swears falsely. Woe to the body that never donned tefillin, woe to the hands that engaged in the wasted pleasures of this world, and woe to the feet that went after the wasted pleasures of this world.’

“When they were administering lashes, I myself recounted all the evil I engaged in. Then I went forth with the angel in charge of my soul and wrote down all my transgressions. My soul and that angel testified against me as two witnesses, whose testimony is sufficient for one to receive the death penalty.” (The Midrash notes: “We see that ultimately it is the person’s own soul that testifies against him.”)

When the scholar awoke from his dream, he went on his way to the Upper Galilee. When he arrived, he asked an individual he chanced upon, “Have you seen the young son of the butcher who died at such and such a time?” He replied, “The child about whom you inquire goes to the butcher shop, and he is as evil as his father. Such and such [an evil occurrence] should happen to him, his father, and the one who nursed him.”

The scholar set out to the study hall where he found a young child citing his lesson, two verses from Mishlei (2:4-5), “Im t’vakshenah cha’kasef v’chamatmonin tach’p’senah. Oz tovin Yirat Hashem v’da’at Elokim timtza – If you seek it as if it were silver, if you search for it as if it were hidden treasures. Then you will understand the fear of Hashem, and discover the knowledge of G-d.” (Our sages always found such citations by young children to reveal hidden messages.)

He then set out to the butcher shop, where he found the youth engaged in senseless play with other youths. He bid him to come with him to the study hall. He then dressed him properly and assigned him to a certain teacher who taught him Torah until he knew how to read. He then had him read the haftara in shul and pray until he developed a fluency in praying. He eventually became so wise and scholarly that he was called rabbi, master, teacher.

The father of this young child, who was being so harshly judged and punished, came once again in a dream to the scholar and said, “My master and teacher, as much as you have comforted me, so may you be comforted by the Holy One Blessed Is He. At the moment that my son recites the haftara in shul, they release me from my judgment.

“When he leads the congregation in prayer and recites Kaddish, they rip up my harsh judgment completely. And when he acquires the wisdom of the Torah, they give me a portion in Gan Eden. And this is the portion that is given to each and every righteous person, and they raise me up to sit among the righteous.

“Furthermore, every time he acquires more knowledge to the extent that they call him rabbi, they crown me with the crown of the righteous. They then feed and give me drink of the Divine Glory. And that is what they say [Berachot 17a], ‘The righteous sit with their crowns upon their heads and enjoy the Divine Glory.’ And each person who enjoys the Divine Glory is like he ate and drank. And I have merited all this honor and distinction because of you, my master.”

The sage testified: “You have merited your portion because of this. You have merited a much higher place in both this world and in the world to come, and meritorious is one who has left a son [like yours] in this world.”

How powerful! I think from this astounding Midrash it is very clear that the departed souls do hear the Kaddish, prayers, and Torah words said in their behalf. Furthermore, it seems that even the every-day performance of mitzvot that one might do without any specific intention to benefit the departed serves them nonetheless. 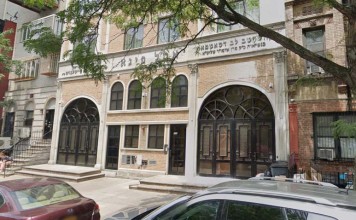 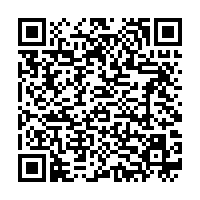