Answer: We cited the Mechaber’s ruling (based on Shabbos 12b and Sotah 32a) that one may pray in any language when praying with the congregation, save for Aramaic, which the angels do not know. Notwithstanding this fact, our siddurim do contain several Aramaic prayers, including Kaddish.

Last week we cited the Beit Yosef who explains that Aramaic is an unpleasant language. Tosafot (Shabbos 12b) notes that, of the angels, only Gabriel recognizes Aramaic. Tosafot asks, though: If the angels know even the innermost thoughts of man, how is it that they don’t know Aramaic?

Rabbi Zvi Hirsch Chayos (Shabbos 12b) questions the comment of Tosafot (sv “she’ein malachei hasharet…”) that the ministering angels know every language. He shares what he found in Sefer Eliyahu Rabbah (Orach Chayim 101:8) in the name of the Tosafot Yom Tov (Ma’adanei Melech) that one who possesses ruach ha’kodesh is able to discern the innermost thoughts of man. That’s how Rebecca perceived her son Esau’s evil intentions concerning Jacob and that’s how Mordechai and Esther were able to write in Megillat Esther, “Vayomer Haman b’libo – And Haman said in his heart” (Megillah 7a). Now, if a human being with ruach ha’kodesh can divine man’s thoughts, surely an angel can.

And yet, two places in Tanach seem to suggest that only Hashem knows the thoughts of man. King Solomon states (I Kings 8:39), “V’Ata tishma ha’shoma’im m’chon shivtecha, v’salachta v’asita v’nosata la’ish k’chol d’rachav asher teida et levavo, ki ata yadata levad’cha et levav kol Bnei Yisrael – May You hear from Heaven, the foundation of your abode, and forgive and act, and recompense that man according to his ways as You know his heart, for You alone know the hearts of all people.”

Jeremiah (17:9-10) seems to state the same thing: “Akov ha’lev mi’kol, v’anosh hu, mi yeido’enu? Ani Hashem choker lev, bochein k’loyot, v’latet l’ish k’drachaiv, k’phri m’alle’lov – The heart is the most deceitful of all, and it is fragile, who can know it? I, Hashem, plumb the feelings and test the innermost thoughts, to give to man according to his ways, the fruit of his deeds.”

Like Tosafot before him, Rabbi Chayos leaves the matter unresolved. We can glean an answer, though, from the glosses and novella of Rabbi Elazar Moshe HaLevi Horowitz (found in the back of the Vilna Shas). He refers us to Daniel 10:12: “Vayomer eilai, ‘Al tira Daniel ki min hayom harishon asher natata et lib’cha l’hovin u’l’hitanot lifnei Elokecha nish’me’u devarecha va’ani boti bidvorecha’ – He said to me: ‘Do not fear, Daniel, for from the first day that you set your heart to understand and to fast before your G-d, your words have been heard, and I have come because of your words.”

This verse relates to Daniel’s efforts on behalf of his exiled people, being at the mercy of various rulers, and Daniel’s fasting on their behalf. Daniel is approached by a “man” – Gabriel – who apprises him that his words of supplication have been heard. Gabriel reveals how the officer (sar) of Persia has restrained him as well as the officer of Greece. These officers are the ministering angels of these nations and the man, Gabriel, is an angel, seeking to reach Daniel.

What we see from this passage is that the supplications of Daniel are revealed to an angel, Gabriel. Apparently, then, angels can understand Aramaic. If so, why did the Gemara not cite this verse as proof that that angels respond to Aramaic prayers? The answer, Rabbi Horowitz concludes, is, as Tosafot (sv “she’ein malachei hasharet…”) explains, that Gabriel is an exception to the rule. He, alone, among the angels understands Aramaic. 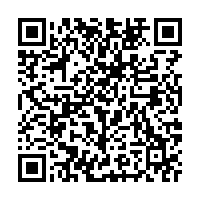