Answer: Last week we cited the Mechaber’s ruling (based on Shabbos 12b and Sotah 32a) that one may pray in any language when praying with the congregation, save for Aramaic, which the angels do not know. Notwithstanding this fact, our siddurim do contain several Aramaic prayers, including Kaddish.

The Beit Yosef explains that Aramaic is an unpleasant language and despised by the attending angels. Rabbi Shlomo Luria (Chachmat Shlomo) cites Tosafot (Shabbos 12b sv “she’ein malachei ha’shares…”) who notes that although the angels don’t recognize Aramaic, the angel Gabriel (Sotah 33a) is an exception as he taught Joseph all 70 languages.

Tosafot asks: Since the angels know even the non-verbalized thoughts in everyone’s hearts, how is it that they don’t know Aramaic? Tosafot offers no answer.

Rabbi Luria writes as follows: “‘Ki Ata shome’a tefillat kol peh amcha Yisrael – For You hear the prayers of each mouth of your people Israel.’ What do the extra words ‘kol peh’ come to add? Is it possible that there is a difference before Hashem between one person and another?

“Rather, I would like to suggest the following. Hashem divided the nations of the world into 70 and the languages into 70 as well. Therefore, just as here below, in this world, each nation speaks in its own tongue, so too each and every one of the corresponding archangels above speaks the tongue specific to his nation. Thus, when a particular angel seeks compassion of the Almighty on behalf of his nation, he supplicates in his language and the Almighty responds. Thus the term ‘kol peh – each mouth’ refers, not to us, but to the mouths of the angels.

“The Jewish nation, on the other hand, was given the holy tongue – the Hebrew language. Therefore, our attending angel, Michael, the greatest of angels, speaks only in Hebrew, and it’s also possible that he only knows the holy tongue. Therefore, an individual [praying alone] is only allowed to pray in Hebrew….

“If one prays in another language, this causes a kitrug (an incitement). Since each of the angels speaks in his given tongue, should we pray in a language not given to us? However, when one is part of a congregation, there is no concern for we can say that the inciting angel is an individual and the congregation is a multitude, and we rule, ‘Yachid v’rabim, halacha k’rabim – In a dispute between an individual and a multitude, the halacha follows the multitude (Berachot 9a).”

Rabbi Luria strongly condemns those, like the Reformers, who initiated prayer services in other languages. He concludes: “And as for us [who are steadfast], may the spirit of Hashem be imbued in us, may it be His will.” 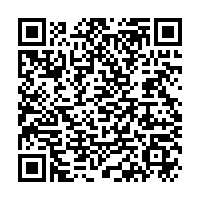