Question: In the course of my travels, I have discovered that some chazzanim say “Ga’al Yisrael” right before Shemoneh Esreh aloud while others say it with their voices fading. Is one practice correct and the other incorrect?


We cited “Jewish Prayer The Right Way: Resolving Halachic Dilemmas” by Rabbi Yaakov Simcha Cohen, zt”l, who notes that the custom to fade out while saying “Ga’al Yisrael” may be to prevent the congregation from saying “Amen” to this berachah and thus separate “ge’ulah” from “tefillah.” Rabbi Eliyahu Henkin, zt”l (“Eidut L’Yisrael,” p. 161), however, argues that this custom is not in accordance with halacha, which requires the chazzan to discharge the prayer obligations of the congregants.

Rabbi Cohen also cites a dispute between the Mechaber and Rema (O.C. 111.1) regarding whether one should say Amen after the chazzan says “Ga’al Yisrael” and notes a similar dispute regarding the blessing “Ha’bocher b’amo Yisrael b’ahavah” prior to Shema. The Mishnah Berurah states that we should say this blessing with the shaliach tzibbur so as to avoid the necessity of saying Amen. Rabbi Cohen notes that many do the same for “Ga’al Yisrael.” Rabbi Yaakov of Lissa maintains that this practice is proper as does the Shulchan Aruch Harav (who notes, though, that the common custom is to say Amen).

The Chayyeh Adam notes that one must always connect ge’ulah to tefillah even at the expense of tefillah b’tzibbur. The Mechaber rules likewise. The Rema distinguishes between the weekday tefillah (when connecting ge’ulah to tefillah is necessary) and that of Shabbos (when it is not).

No discussion of the need to join ge’ulah to tefillah would be complete without reference to the source of this rule, the Talmud (Berachot 9b), where we find the following: “R. Ela’ah said to Ulla: When you go up [to Eretz Israel], convey my greetings to my brother R. Bruna in the presence of the entire college, for he is a great man who rejoices in performing mitzvot [in their proper manner]. Once he [succeeded] in joining ge’ulah to tefillah and a smile did not depart his lips the entire day.”

The Gemara asks: How is it possible to join the two, seeing that R. Yochanan has said: “At the beginning of the tefillah one has to say (Psalms 51:17), ‘Hashem sefatai tiftach ufi yagid tehilatecha – O L-rd, open my lips that my mouth declare your praise’ [which effectively separates ge’ulah from tefillah]?” R. Elazar replies that this verse (and another one after Shemoneh Esrei, “Yih’yu l’ratzon imrei fi, v’hegyon libi l’fanecha Hashem tzuri v’go’ali – May the expressions of my mouth and the thoughts of my heart find favor before You, Hashem, my rock and my redeemer”) need only be said at Maariv.

The Gemara asks: “But has not R. Yochanan said, ‘Who is destined for the World to Come? One who joins ge’ulah of the evening prayer with the tefillah of the evening prayer’?” We thus see that connecting ge’ulah to tefillah is important at night too. The Gemara answers that R. Elazar actually said R’ Yochanan’s statement applies, not to Maariv, but to Minchah. (There is no problem of separating ge’ulah from tefillah at Minchah since there is no Keriat Shema.)

R. Ashi suggests that the statement refers to all the tefillot. As far as the potential hefsek between ge’ulah and tefillah is concerned, he argues that since our sages instituted the recital of “Hashem sefatai tiftach…” it is considered part of the tefillah. That also explains why we can “Hashkiveinu” during Maariv even though it seemingly separates ge’ulah and tefillah. Since our sages sanctioned it, it is considered part of “ge’ulah.”

The Gemara wonders why “Yih’yu l’ratzon imrei fi…” is said only after the Amidah when it should be said before as well. (The Maharsha notes that the question is strengthened by the fact that these words [from Psalms 19:15] come right before “Ya’ancha Hashem b’yom tzarah… – May Hashem answer you on the day of distress, may the Name of the G-d of Jacob make you impregnable” [Psalms 20:2], which encapsulates why we pray during the week.) R. Yehuda b. R. Shimon b. Pazzi answers that since King David only said these words after the 18th chapter of Psalms, the sages instituted that they be said after the 18th blessing of the Amida. (As for why the sages fashioned 18 blessings for the Amidah: They did so based on Psalms 29 – “Mizmor l”David havu La’Shem bnei eilim…” – which contains 18 praises of Hashem [Berachot 28b].)

If the placement of verses in Psalms is relevant, why do we say “Hashem sefatai tiftach…” before the Amidah when this verse derives from Psalms 51? The answer to this question is simple: The very words of this verse demand that they be said at the outset of the Amidah as we request of Hashem that he open our mouths so that we can declare His praise. 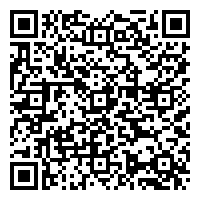