I’ve been invited to numerous simchas during Sefirah in the past few years that did not seem to conform to the halachic restrictions of this period. I’ve been told that you addressed this topic in the past. Can you address it again as I don’t want to offend anyone by staying at home?

Answer: The wonderful encyclopedic work, Bein Pesach Le’Shavuot by Rabbi Zvi Cohen (8:8), addresses this issue based on Tur Bareket (siman 493), which discusses the custom of not cutting one’s hair, which was instituted earlier than the custom of not marrying, the latter coming on the heels of the former.

Most people believe we don’t cut our hair as a sign of mourning for the deaths of 24,000 students of Rabbi Akiva. However, this source states that “according to those with understanding of Kabbalah, whose every action depends on sound motives, the main reason we do not cut our hair on those days is because of a specific hidden reason, not because of mourning.”

Rabbi Cohen notes that Tur Bareket is cited by Birkei Yosef (493:10) and points out that there are obviously others who dispute this view.

We find another view in Responsa Chatam Sofer (Orach Chayim, responsum 142). The Chatam Sofer cites the gaon Rav Meshulam, who states, “Here the custom has evolved to marry on Rosh Chodesh Iyar, on Lag B’Omer, and on the three days of hagbala [preceding Shavuot]. And this should not be done because it appears as tartei de’satrei – two contradicting positions. Therefore, as a set rule, we prohibit weddings on the three days of hagbala.”

The Chatam Sofer notes that the only problem Rav Meshulam had was tartei de’satrei, which only applies to the mesader kiddushin since the bride and groom are only getting married once during this period. He also notes that the stringency of cutting one’s hair seems more important than that of not marrying.

The gaon Rabbi Moshe Feinstein (Igrot Moshe, vol. 1, Orach Chayim, 159) states that in New York, where people come from places with different customs, everyone may act in accordance with his custom as it is considered one city with two batei din and, as such, there is no violation of “lo titgodedu.”

Rabbi Feinstein was asked (Igrot Moshe, vol. 2, Orach Chayim 94), “What should a person do if he has to go to a wedding on Rosh Chodesh Sivan but his custom is not to cut his hair from Rosh Chodesh Iyar until the days of hagbala?”

He answers that if the person knows about the wedding before Sefirah starts, he can change his minhag that year to make sure the wedding doesn’t fall on a day of mourning for him. He notes that both minhagim are really one; both call for observing 33 days of aveilut, the only difference being when to observe them. From his words, it seems that hatarat neder – annulling one’s vow – would not be necessary before observing a different set of 33 days or mourning.

What should a person do, however, if he doesn’t know about the wedding before Sefirah starts? Rabbi Feinstein states that if he can attend the wedding without cutting his hair, he should do so. If refraining from cutting his hair will cause him embarrassment, he can cut his hair even if he does not share a close relationship with the hosts due to the mitzvah of simchat chatan v’kallah. (In contrast, at a brit milah, only the father of the child, the mohel, and the sandek can cut their hair.)

Dancing and listening to music would also be permitted for this person as they are part of the wedding celebration. (If one makes a wedding on Lag B’Omer or erev Rosh Chodesh Iyar, dancing and playing musical instruments are permitted during the seven days of Sheva Berachot that follow.) Rabbi Feinstein concludes that everyone is permitted to be present and partake in the joy of the wedding.

Thus, to answer your question, participating in a simcha on a day that some do not observe the mourning practices of Sefirah is certainly permitted. In deciding whether to get a haircut or not for the simcha, one should follow Rabbi Feinstein’s guidelines (which probably only apply to weddings, not other simchot).

It is important to remember that the day of a wedding is dependent upon the bride’s personal monthly cycle as well as the availability of a hall. In other words, one doesn’t always have that much leeway in choosing a wedding date. Therefore, we must be very considerate of the limited options of the soon-to-be couple.

The same rules should apply to bar mitzvah celebrations. A bar mitzvah meal is a se’udat mitzvah, so celebrating a bar mitzvah during Sefirah – even from Rosh Chodesh Iyar to Lag B’Omer when everyone observes mourning practices – shouldn’t be a problem as long as there is no musical instrumental entertainment.

I was born on the 5th of Iyar and Tazria–Metzora should have been my bar mitzvah parshah. My grandfather, Reb Moshe Klass, z”l, though, intervened and had my father reschedule the Shabbat and weekday bar mitzvah celebrations for after Sefirah, to the week corresponding with Parshat Naso and the haftorah relating to the lifecycle of Shimshon HaGibor, who subsequently became my hero.

He didn’t want my bar mitzvah to be celebrated at a time when everyone was observing Sefirah. But since my real bar mitzvah date was in Iyar, a small Kiddush was arranged in Shul on Thursday, a day before my birthday.

In conclusion, we wish you well as you attend many simchot. Hopefully, we will all soon be dancing in the streets of Jerusalem as we celebrate the arrival of Melech HaMoshiach speedily in our days. 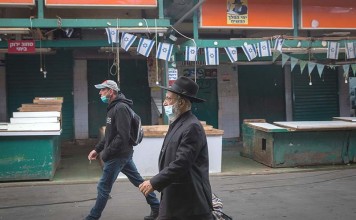 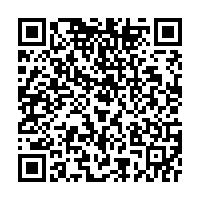