Question: Why do we say Tachanun on some days and not on others? What are the rules? When do we not say it?

Last week, we quoted from “Otzar Erchei HaYahadut” by Rabbi Yosef Grossman, zt”l, who notes that we don’t say Tachanun on Rosh Chodesh, Chanukah, the 15th of Av, the 15th of Shevat, Purim Katan, Purim, Shushan Purim, Lag B’Omer, Tisha B’Av, the eve of Rosh Hashanah, the entire month of Nissan, from the eve of Yom Kippur until Isru Chag of Sukkot, and from Rosh Chodesh Sivan until Isru Chag of Shavuot. These days are joyous while Tachanun evokes midat ha’din. Tisha B’Av, too, we noted, will be joyous in the Messianic era.

Rabbi Grossman adds: “Tachanun is not said at Shacharit in the synagogue on the day a child is circumcised, or [even] if the ba’al brit [the father], sandek, or mohel is praying there. We also do not say Tachanun in a place where there is a chatan for the entire period of his Sheva Berachot. It is also not said in the home of a mourner.” However, Rabbi Grossman notes, “those who prayed there should say Tachanun when they come home.” (This ruling follows the Maharil, but I have not seen anyone observe it in practice.)

Why is Tachanun not said in a house of mourning? The Aruch Hashulchan (Orach Chayim 131:14) cites the Beit Yosef (in his longer commentary to the Tur, O.C., 131, s.v “v’zeh lashon Shibolei Leket”) who, in turn, cites the Shibolei Leket who points out that mourning is connected to the festivals as the prophet Amos (8:10) says, “Vehafachti chageichem l’eivel v’chol shireichem l’kinah – And I will transform your festivals into mourning and all your songs into lamentations.”

The Aruch Hashulchan, however, writes: “I don’t understand. True, we expound (Moed Katan 15b) that aveilut is compared to the festivals [in that a mourner is forbidden to work for seven days just like one may not work on yom tov for seven days], but insofar as Tachanun is concerned, what comparison is there between mourning and celebrating a festival? Mourning, in fact, is the very opposite of celebrating a festival.”

Therefore, he posits, citing the Levush, that the “real reason [we don’t say Tachanun in a mourner’s home] is because we don’t wish to over-encumber the house of the mourner with midat ha’din (rigorous judgment), which is already aroused there.”

He adds, though: “This rule only applies if a mourner is present; if there isn’t [i.e., if there are no survivors and 10 men just come to sit in the home of the departed], Tachanun should be said.”

He also notes that if the mourner comes to shul (because he couldn’t get a minyan in his home), everyone says Tachanun as we cannot refer to the synagogue as a house of mourning. The mourner himself, though, does not say Tachanun. (Interestingly, Rabbi Shlomo Zalman Auerbach [Halichot Shlomo 11:10] rules that no one in shul should say Tachnaun if the mourner serves as the shliach tzibbur.)

May we all merit that this Pesach mark the beginning of the redemption of our people. Amos 8:10 compares festivals to days of mourning, and just like the former can be transformed into the latter, the reverse is true as well. May Hashem usher in our final deliverance. 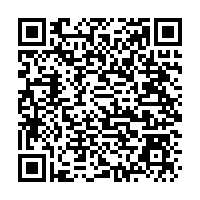