Summary of our response up to this point: Our search for a biblical source for the World to Come began with Jacob who intended to reveal the end of times to his children before the Divine Presence left him. The Gemara (Sanhedrin 90b) lists various verses from which we can deduce Techi’at Hameitim: Numbers 18:28, Deuteronomy 11:21, and Psalms 72:16. We cited other scriptural sources as well: Amos 9:9-15, Isaiah 11:1-6, and Ezekiel 37:24-28.

Last week, we noted that our preoccupation with the hereafter is due in part to the unique suffering that the Jewish nation has undergone. We cited both Isaiah (40-66) and Daniel (12:2) who note that the future will be a time, not only of eternal reward, but retribution.

Much remains unrevealed about the end of days, but is it possible that it is already upon us? Many of our leading sages saw signs indicating that we are presently in the period known as “ikv’sa d’meshicha – the footsteps of Moshiach.” The Lubavitcher Rebbe, Rabbi Menachem M. Schneerson, zt”l, spoke and wrote about this topic on many occasions. Some also noted in lamenting the petirah of the Gaon HaRav Eliezer Menachem Man Shach, zt”l, that his passing also clearly places us in that period.

Approximately 235 years ago, Rabbi Hillel Mi’Shklov, in his work Kol HaTor (The Voice of the Turtledove), describes the Vilna Gaon as Moshiach Ben Yosef, who instructed that we learn as much as possible relating to ikv’sa d’meshicha. Based on this sefer, it seems that we are, indeed, in the “footsteps of Moshiach” – the period that presages the arrival of the redemption. The sefer is lengthy, so we will to turn to the Talmud (Sotah 49b, cf. Sanhedrin 97a) upon which its premise is based. Here are the signs it gives for this period.

“Ne’arim pnei zkeinim yalbinu – Youths will put elders to shame; z’keinim ya’amdu mipnei ketanim – the elderly will stand in the presence of the young; ben menavel av – a son will revile his father; bat komoh b’ima – a daughter will rise against her mother; kallah b’chamotah – a daughter-in-law against her mother-in-law; oyevei ish anshei beito – a man’s enemies will be found in his own household.

“Pnei ha’dor k’pnei ha’kelev – The face of the generation will be as the [brazen] face of a dog; ha’bein eino mitbayesh me’aviv – a son will not be ashamed before his father, v’al mi yesh lanu l’hishaen al avinu sheba’shamayim – and upon whom are we to lean? Only upon our Father in heaven.”

How revealing. What the sages foresaw describes our times so well. Every single one of these signs not only fits our time but fits it well. Insolence in man’s interaction with his fellow is all around us. As a consequence, few are accorded proper honor. As to crops, they might be an abundance, but one frost or other uncontrolled event can wipe out an entire crop and effect a steep change in the market.

In our times, we are also witnessing a struggle against forces trying to thrust their immoral values on society. Justice often does not prevail; even in democracies, the innocent sometimes suffer incarceration for crimes they did not commit or guilty parties receive cruel punishments that go far beyond normal sentencing guidelines.

A person – Jew or gentile – who fears G-d is almost universally reviled in many of our “enlightened” societies. Those on the periphery of society often suffer financial deprivation and cannot acquire basic necessities for themselves and their families, forcing them to seek communal charity.

The young no longer can be automatically expected to respect their elders. One need but ride on public transportation to witness many a youth sitting as the elderly stand about them. And then there are the unprecedented physical attacks by youth on the elderly and defenseless.

Unfortunately, this problem plagues, not only general society, but our own neighborhoods. In shul, be it at a kiddush or other gathering, we see adults standing as youths grab their seats. Sad is it to find a younger generation that even disrespects their own parents. Such a sad face today’s street presents. It is only our Father in Heaven to whom we can turn in these times when we seem to be facing “chevlei ha’moshiach – the pangs of Moshiach.”

Yet, there is a silver lining in this seemingly ominous cloud, and perhaps that too is a sign of ik’vese d’moshiach. Perhaps we can interpret the Talmud’s statement, “z’keinim ya’amdu mipnei ketanim – the elderly will stand in the presence of the young,” as a generation in which the elderly are in awe of a younger generation that is so steeped in Torah study and preoccupation with mitzvot. Our generation has witnessed an almost unprecedented resurgence of Torah study and practice.

As to “chevlei ha’moshiach – the pangs of Moshiach”: Did we not, as a people, suffer them already, and to such a great extent, with a third of our people – men, women, and children – butchered, murdered, and cremated in a Holocaust so brutal that survivors were hesitant up until recent times to describe the horrors they experienced? If we, indeed, have experienced them, then perhaps we are now ready for the next step. 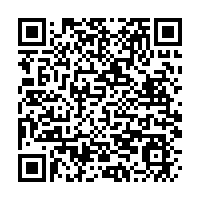