Answer: The prophet Isaiah offers words of comfort when he says (Isaiah 61:10); “Sos asis ba’Shem tagel Nafshi b’Eilokai ki hilbishani Bigdei yesha m’eil tzedaka ye’atani k’chatan yechahen pe’er v’cha’kallah ta’adeh cheileha – I will rejoice intensely with Hashem, my soul will exult with my G-d, for He has dressed me in the raiment of salvation, in a robe of righteousness has He cloaked me, like a bridegroom who exalts himself with splendor, like a bride who bedecks herself with her jewelry.”

The Midrash (P’sikta Rabbati 37) states that these words are reflected in a later prophecy of Jeremiah: “Az tismach betulah b’mochol u’bachurim u’zkeinim yachdov v’hafachti evlom l’sasson v’nichamtim v’simachtim mygonam – Then the maiden shall rejoice with dance, and young men and old will rejoice together. I shall transform their mourning into joy and I shall comfort them and gladden them from their grief (Jeremiah 31:12).

The Midrash explains that Jeremiah is referring to the Messianic era for that is when Hashem will shower Israel with abundance as described by King David in Psalms 31:20: “Mah rav tuvcha asher tzofanta li’reiecha pa’alta la’chosim boch neged bnei Adam – How abundant is your goodness that You have stored away for those who fear You, that you have performed for those who seek refuge in You in the presence of men.”

The Midrash states that these words teach us that, in the future, the patriarchs, Abraham, Isaac, and Jacob, will arise in the month of Nissan and say to Messiah the son of Joseph (who will precede the ultimate Messiah son of David): “Ephraim, our righteous Messiah, even though we are your fathers, nevertheless you are greater than us because you have suffered the sins of our children and you have come by difficulties such as have not been visited upon those who preceded you, as well as those after you.”

The Midrash goes on to describe how Hashem will raise Messiah son of Joseph to wage battle with, not one, not two, not three, but 140 nations, and in the end he will overcome every one of them. (These words seem particularly relevant today when Israel is alone among the 140-plus members of the United Nations, who single out Israel for uniquely harsh treatment. Israel is truly a lone lamb in a den of wolves.)

All this will take place as part of Milchemet Gog u’Magog – the War of Gog and Magog – as described in the prophets (Zachariah 14) and Midrash (P’sikta Zutra to Balak 24:17). In this war, which will precede the Messianic era, our oppressors will not be smitten all at once; rather, they will be gradually crushed until they are finally obliterated in the course of a 12-month period. The Midrash (Tanchuma, Balak 13) explains that the gematria of Gog u’Magog is 70, which refers to the seventy nations of the world.

In the course of his mission, Messiah son of Joseph will unfortunately suffer his own demise. Yet, his last victory will pave the way for the arrival of his successor, Messiah son of David.

“Our sages teach us (supra. P’sikta Rabbati 36): At the time that the Messiah will be revealed, he will come and stand atop the roof of the Beit HaMikdash and call out to the Jewish People: Humble ones, the time of your redemption has come. And if you don’t believe, gaze upon the light that has come out to shine upon you, as the verse (Isaiah 60:1) states: ‘Kumi ori ki va oreich u’chvod Hashem olayich zorach – Arise! Shine! For your light has arrived, and the glory of Hashem shines upon you.’

“And only upon you does this light shine and not upon the nations of the world, as the following verse (op. cit. 60:2) states: ‘Ki hinei ha’choshech yechaseh eretz va’arafel l’eumim v’alayich yizrach Hashem u’chvodo olayich yeraeh – For behold, darkness may cover the earth and a thick cloud may cover the kingdoms, but upon you Hashem will shine, and His glory will be seen upon you.’

“At that time, the Holy One Blessed Is He will shine the light of the King, the Messiah and [the light] of Israel, and they will all go forth in the path of their light. 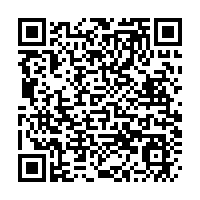