Question: Why do we celebrate two days of Yom Tov if we have a fixed calendar today and know when Yom Tov truly is?

Answer: You’re right in implying that the reason we originally celebrated two days of Yom Tov was because we didn’t have a fixed calendar; we relied, instead, on the testimony of witnesses who saw the new moon every month. This state of affairs meant temporary uncertainty outside Jerusalem regarding the date of the new month and thus the date of Yom Tov.

However, we have had a fixed calendar since Hillel II (4th century C.E.) and thus know when to celebrate Yom Tov in advance. Yet, we still celebrate each Yom Tov for two days based on a passage in the Gemara (Betza 4b) that discusses an egg that was laid on Yom Tov. Beit Hillel, whose ruling we follow, states that it may not be eaten until the day is over. The Gemara gives several reasons for this ruling, the most prominent being that it is considered muktzeh as it was not prepared before Yom Tov.

R. Assi is apparently of the opinion that the two days of Yom Tov constitute one continuous sanctity (kedushah). The Gemara, though, asks: Didn’t R. Assi make havdala at the conclusion of the first day of Yom Tov (which implies that he did not consider the two days as one continuum)? The Gemara answers that R. Assi himself was in doubt and therefore acted stringently to satisfy both possibilities.

R. Zera says logic supports R. Assi since we observe two days even though we are now well acquainted with the fixing of the months. Rashi (s.v “Ve’avdinan trei yomei”) explains that R. Zera means to say that the two days constitute one continuous sanctity.

Abaye, however, says logic supports Rav, for we learned in a mishnah (Rosh Hashanah 22b) that people used to light bonfires on hilltops to inform people that the new month had been declared, but the rabbis started sending out messengers instead on account of mischief by Samaritans who lit bonfires at other times to confuse the Jews (see Rashi s.v. “Mishekilkelu hacuthim”). Places that were very far and couldn’t be reached in time by messengers celebrated two days of Yom Tov.

If the Samaritans ceased making trouble, says the Gemara, presumably we could have reverted to observing one day of Yom Tov. If so, why do we still observe two days nowadays when we have a fixed calendar? The Gemara answers that “they sent word from there” (i.e., Eretz Yisrael), “Hizaharu b’minhag avoteichem bi’yedeichem – Take heed of your ancestors’ customs that have come down to you” – for the authorities might issue a decree (forbidding Torah study, leading to loss of knowledge of the calendar), which might lead to people observing Yom Tov on the wrong day (see Rashi ad loc.).

We thus see that a custom (minhag) has great import, and we adhere to it even when seemingly not necessary. The rule of observing two days of Yom Tov applies of course only in the Diaspora, where a doubt existed in earlier times. In Eretz Yisrael, however, where the custom was always to observe one day only, every Yom Tov (except Rosh Hashanah) is celebrated on one day.

There are other customs, accepted by the widest segments of Klal Yisrael, for which no allusion exists in the Torah – e.g., the minhag of waiting six hours between meat and dairy meals. The Mechaber (Yoreh De’ah 89:1) states this custom as a halachic ruling, while the Rema writes in his glosses that only one hour is required.

This ruling is based on an assumption found in Chullin 105a. Mar Ukva said: “We only wait until the next meal.” If we assume three meals in a day, there is a natural break of at least six hours between meals. Tosafot (ad loc. s.v. “Li’se’udata acharina”) challenges this assumption and requires only the “removal of the table” (referring to the ancient custom of removing the small individual tables set before each person at the conclusion of a meal).

Rashi (s.v. “Asur le’echol gevina”) writes that meat leaves fat that remains in the mouth and thus a lingering taste. He evidently disagrees with Tosafot.

For another example of the primacy of minhagim, see Talmud Yerushalmi (Yevamot 12:1) and the discussion regarding the practice of performing chalitzah with a sandal.

The Gemara (Ta’anit 28b) states, “On 18 days of the year we recite the whole Hallel, and they are: the eight days of Sukkot, the eight days of Chanukah, the first day of Pesach, and the festival of Shavuot. In the Diaspora, there are 21 days.” The Talmud relates that Rav once traveled to Babylonia and noticed people saying Hallel on Rosh Chodesh as well. He made up his mind to stop them since Rosh Chodesh is not one of the 21 days; however, when he saw that they were only reciting half-Hallel, he understood that they must be practicing a custom of their forefathers.

Tosafot (s.v. “Amar shema minah”) discusses whether we should say the blessing over Hallel on Rosh Chodesh and concludes – l’halacha – that we should even though saying Hallel on that day is only a minhag.

These examples serve as support for observing a second day of Yom Tov in the Diaspora with all of its associated laws (see Yerushalmi, Pesachim 4:1), prayers, etc.

May we merit to soon determine Rosh Chodesh as in days of yore with the arrival of Moshiach, speedily in our days. 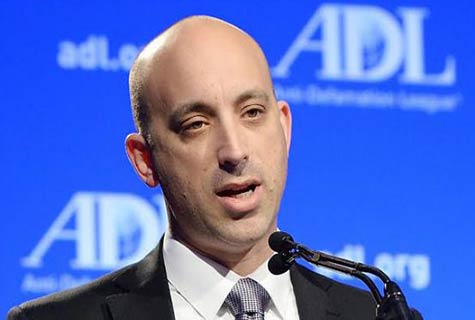