Most of us are familiar with the phrase Elu V’Elu, meaning this opinion and a contrary opinion are both acceptable and valid in the eyes of Hashem. Therefore, both should be respected and considered as acceptable valid options for a practicing Jew.

An example of this is writing the letter Tzadi in the Torah or Tefillin or Mezuza. The Beis Yosef has one opinion, and the Ari Zal has a different view. Most of us would feel comfortable davening in any Shul and hearing the Torah read, irrespective of our personal preference. Both ways of writing a Tzadi are considered valid by most authorities.

However, even Elu V’Elu has its limits.

You cannot say Elu V’Elu when you are spiritually or physically harming another person.

So too, you cannot have a Shul which half the people want to daven at 8 AM and a half at 9 AM and stay in the same room! There has to be Minhag HaMakom, a set practice for all.

Recently, a fellow asked me about the present policy of the Shul regarding wearing a mask for davening. I answered him that as of now, masks (are still) required. I quickly added that we are in constant touch with doctors, and we hope after Pesach to meet with them and see how these practices could perhaps be relaxed. However, as of today, we still require masking.
He then told me that where he davens the Shul policy by them is Elu V’Elu.
I asked him what he meant.
He explained that you could wear a mask if you want and not wear one if you don’t want.

I remarked that I don’t quite understand.

If the Shul believes there is no health risk in not masking, then just say the Shul doesn’t require masking, and whoever wants to mask that’s their business.

However, it appears the Shul is saying, “We recognize and respect that there are those who maintain there is a health risk if people are not masked, and we realize there are those who say there is no health risk, we allow everyone to decide on their own.” If that is the case, this is untenable. I added, “You are distorting the correct usage of the concept of Elu V” Elu.

The concept of Elu V’Elu cannot be applied across the board to all situations.

Those who believe that unmasking is dangerous to their health maintain that their health is compromised even though they are masked if those around them are unmasked.
By being with unmasked people, they believe they are putting themselves in a possible case of Pikuach Nefesh.” Those who believe in masking need everyone around them to be masked. And those who don’t want to mask are not impacted by those who are masked.

If medical opinion changes and the doctors say that it’s “better” to be masked; however, it’s not dangerous to be unmasked, then you can say Elu V’Elu. In that case, masking would be a Chumra.

However, if –as the medical experts currently maintain- that if someone around you is unmasked, they pose a danger even to those who are masked, how can you say Elu V’Elu? By saying Elu V’Elu, you are placing the “unmaskers” at risk!

The fellow did not understand my point. He still maintained his Shul was correct in practicing Elu V’Elu.

What follows did not happen, instead, it is a fantasy of what could have happened:

The following Shabbos, I decided to daven in his Shul.
I arrived with my daughters and wife, and we all sat together.
The man who believes in Elu V” Elu became enraged.
“What are you doing? Are you normal?” He screamed.
I said, “What’s the problem? Elu V” Elu! You believe separate seating is required. I think the family that prays together stay together.”
I added on, “If it bothers you, look the other way as you advise the maskers to do.”
“It’s not the same!” He yelled back, although he never told why is it not the same.
The following week I came back with a “not-yet-frum-Jew” who came in bareheaded with his cell phone on and proceeded to answer phone calls during davening. Once again, Mr. Elu V’Elu was ready to pounce.

“What’s the matter with you? This man is bothering everyone!”
I asked him, “What’s the problem? He’s not telling you to have a joint with him. He is just doing his own thing. After all, Elu V” Elu.”

“But, I cannot daven if someone is causing me spiritual harm!” he responded.

I looked at him and asked, “But, you can daven if what you are doing is causing others to feel that they are being physically harmed?”

Once again, he was not moved.

The following week I brought ten Stoliner Chassidim and sat them next to Mr. Elu V” Elu.
Within five minutes, his eardrums were vibrating so violently they almost popped out of his ears.
“What’s going on here?” He screamed, “We don’t daven very loud here in this Shul; it’s not Minhag HaMakom; it disturbs others!”

I looked at Mr. Elu V” Elu and said, “Let me make sure I understand this; you won’t allow Stoliner Chassidim to practice their minhagim even though their minhagim predate this Shul by over 100 hundred years.

As you claim, it’s the Minhag HaMakom not to daven so loudly. However, when most medical experts warn that it is dangerous to one’s health to be near someone who is unmasked, you ignore his discomfort by saying Elu V’Elu?

What’s wrong with this picture?”
Finally, Mr. Elu V’Elu admitted he was bested.

I am not advocating for masking and not advocating for going unmasked.
I am not a medical expert and don’t claim to be one.
However, I am an advocate for Shalom.
If you find yourself in an unmasked Minyan and feel that your health may be compromised, then leave without making a scene. And if you are an anti-masker and find yourself in a masked minyan, either go with the flow and put on a mask or go home.
The worst thing we can do is cause Machlokes.
That is certainly not what Pesach is all about. 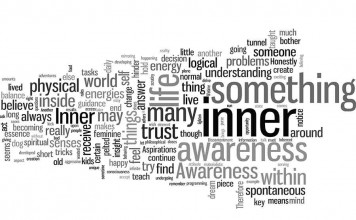