Based on Rashi’s interpretation, Lo Ya’alu Bechomah refers not only to the force of arms but also to the force of numbers and the force of Jewish political pressure on the nations of the world. Jewish self-rule that is not based on the Laws of the Torah cannot be the basis for the Final Redemption.

The Final Redemption will occur miraculously when God decides, but not before all Jews repent and accept the Rule of Torah. This is borne out by the sequence of the words of the Torah: “There, among the nations where God will have banished you…you will return to God and will obey him. God will then gather you from all the nations where he scattered you and bring you back to the land that your ancestors occupied.”


Accelerating the Redemption by mass emigration to Israel or self-rule in Israel is in violation of the oath not to force the arrival of the Messiah before his time. The Jews must remain in Exile until the Final Redemption. This is so even if the nations of the world permit the Jews to return to Israel as a nation. This is God’s will and in any event, even if other nations consent, force would have to be used against the inhabitants of Israel, other than the Jews, who claim the Land as their own.

All of this applies even if the nations of the world violate their own oath not to subjugate Israel more than necessary because the oaths are not interdependent. History has shown that attempts to force the redemption have ended in Jewish bloodshed and disaster.

The Rambam mentions the prohibition of violating the oaths at length in his letter to the Jews of Yemen, “Igeret Teiman” who consulted him about a self proclaimed Messiah in their day. Self-rule in Israel before the Final Redemption would require us to violate the mandate to banish idolatry from the Land.

The Kibbutz Galuyot and the Territorial schools of thought, as we shall see, counter each of the above arguments. 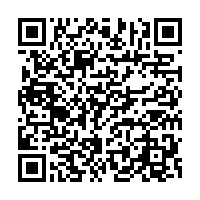