The ultimate value in Judaism is the Torah itself, and in this light, there is one female personality rarely acknowledged and worthy of elevated and long delayed recognition. Her name was Huldah and was also centrally responsible along with the ancient King Josiah for revealing the Book of Deuteronomy. She appeared on the world  scene not too long before the fall of Judea (the Southern Kingdom)  when Judea was near the verge of conquest by Babylonia, and after the Israelites in the north were conquered by the Assyrians. King Josiah at that time committed himself fully to the task of purging the Temple of the rampant pagan influences that were delivered by his father Amon when suddenly a hidden document was uncovered in its recesses. It may be noted Josiah committed himself to this purging even before the document was found, but its finding elevated this cleansing to a level of higher urgency.

Huldah a recognized prophetess during that time was responsible for recognizing the status of this hidden document maintaining it was written by Moses and representing God’s word. Josiah was totally perplexed when the document was presented to him by his priest Hilkiah who along with the king’s other counselors Shahan, Akbar, and Asiah were urged to investigate its authenticity. They brought the document to Huldah seeking guidance. Subsequently through a kind of visionary experience (we don’t know exactly it’s nature) she declared the document as holy and written by the hand of Moses.


This was conveyed to Josiah and he had the document read to the people at Passover which brought forth an inspiring response. Significantly there was a clear consensus among the counselors that Huldah was the ultimate authority of that time in fathoming God’s meaning in such situations. Consequently, when it was Judea’s time for being overtaken, they took with them into exile the inspiration of this sacred document along with the teaching of the other major prophets including Jerimiah in contrast to the Israelites who were only sustained by Amos and Hosea. History is silent on the fate of the document and the Tanakh omits any mention of it.

Huldah prophesized that Josiah would be spared witnessing the conquest of Judea which came to be insofar as he died in battle prior to it. Further Babylonian culture with its emphasis on intellectual pursuits supported the supreme value of intellect that the Torah itself supports so the compatibility here granted fertile ground for the continued flourishing of Jewish identity.

The vexing question arises as to how Huldah was granted such an authoritative position in understanding God’s word through prophesy, which we do not know for certain, but we have we have clues; moreover, we should also probe the core lessons that this episode in Jewish history delivers. According to Midrash (Peskita Rabbati, Ch. 26) Huldah headed a school for women in Jerusalem where she taught the word of God. Her husband, Shallum held a prominent position in the royal court in charge of the king’s robes and clothes for occasions. Most importantly both he and Huldah were among the King Josiah’s instructors when he was crowned at the tender age of 8 after his father Amon was murdered by palace servants. Other instructors included Hilkiah (the Kohen Gadol), the prophet Jeremiah, Shaphan (the scribe) and son Ahikam. Huldah was therefore part of this influential priestly group that raised the king with a perspective of encouraging a commitment to development of a more sacred direction for the nation.  At the more mature age of 16 Josiah already seized the reins of power and began leading the people towards Torah and away from the destructive  ways of his father and grandfather and in contrast the  following footsteps of his great grandfather Hezekiah. We do not know the extent of Huldah’s involvement, but she built up a reputation within this group so later there existed no quarrel as to whom to consult when such a challenging document was uncovered. Also, prophets in those times according to the Torah were required in language and action to be consistent with its teachings and were deemed as prophets not simply by their accurate forecast of events but by the wisdom of their teachings. This was the case even to the point that if an alleged prophet delivered correct predictions with all kinds of wonders his status was not to be trusted if it deviated  from the teachings of the Torah (Deuteronomy 11;26—16:17)  In his 18 th year of rule Josiah took on the task of restoring the Beth Hamikdash (Temple). Josiah then heightened much further his cleansing of the Temple and the sites with pagan influence.   It was during this noble undertaking that sacred document was uncovered.

The fact that Huldah was a woman reveals certain aspects of Judaism’s teachings. Firstly, the fact Huldah assumed such a major role in Judaism’s development and God chose a woman demonstrates that women should be granted rights to allow their capacities to be fully expressed.  Indeed, the most holy name for God by the Tetragrammaton is entirely gender neutral. Secondly intuition although granted to all regardless of sex appears to be an especially female endowment. We find this in varied sources especially in Rebecca in  connection with the leadership capacities of Jacob she recognized over Esau as well as Deborah’s powerful sway over the  commanding general Barak in correctly urging a bold attack,  In one tradition Josiah sent the document to Huldah knowing she would be more merciful in its interpretation   (BT Megillah 14b), however, even if biblical context does not support this spin it reveals the merciful association of Huldah’s female nature with such an interpretation.

One other aspect regarding the legacy of Huldah is worthy of attention, namely, the so named Huldah Gates which were once part of Herod’s Temple main infrastructure. They consisted of two sets of the blocked gates -the designated double (western) and the triple arched (eastern) found in the southern wall of Temple Mount in Jerusalem’s Old City. There is some speculation that the naming of the gates as the Huldah gates was due to the meaning of Huldah after the weasel digging creature, or after the person Huldah in her essential contribution to Jewish history. In this connection it may be observed that the appropriateness of the latter is underscored by the fact that her core contribution was in leading the people back to their religious origins represented clearly by the Temple

An additional relevant event is that the reading of the document was continued later (444 BC) with respect to the Torah by Ezra and Nehemiah creating a continuity with what Josiah required and confirms the Deuteronomy bound nature of the uncovered document. It is material here within the account as written by God was smashed by Moses so the Torah being read by Ezrah and Nehemiah corresponded to an assembly of the smashed pieces of a larger work. This may be regarded as a metaphorical account of the comparison of a larger work read by Ezra and Nehemiah with that read publicly by Josiah.

Huldah’s vital role in our Jewish spiritual heritage deserves an ongoing recognition both for a sense of appreciation for what she accomplished as well as a fuller understanding for us of the unfolding of that heritage.  This was relevant not only in Huldah’s time but for us today and all future awaiting times. Let us honor this ongoing sacred responsibility. 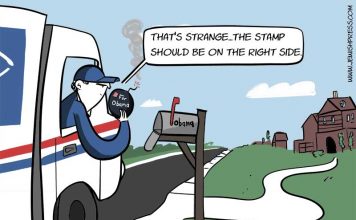