This week we read the Tochacha – the rebuke. In it the Torah describes the horrors that will befall us if we do not listen to the Torah. It is out of Hashem’s mercy that He does not bring all of the punishments upon us at once. Rather, He does so in a slow process.

King Achav made the mistake of assuming that it would all come at once. At the shiva house of his friend Chei’el’s youngest son, who died after his father completed building the city of Yericho, Eliyahu Hanavi chastised Chei’el for rebuilding the city after Yehoshua Ben Nun cursed whomever would do so saying his firstborn would die as he began, and his youngest when he completed it. Achav challenged Eliyahu saying that if Moshe Rabbenu’s promises did not come true, namely those mentioned in the Tochacha, how can those of his disciple, Yehoshua, possibly come true? At that point since Achav had desecrated the Torah, Eliyahu Hanavi asked Hashem to not allow one drop of rain to fall until he requested it, and so it was.

In that situation, despite the fact that Yehoshua’s curse did come true exactly as prescribed, the fact that many other promises did not blinded them from seeing the truth.

One possible reason that the rebuke does not come instantly is so we will do teshuvah and repent before all is lost. Additionally, if the punishment would come instantly, it would remove our free will. If one is instantly struck for his wrongdoings, he will not do it again. And certainly not a third time.

It is safe to assume that the same is true of the redemption. If it were to happen all at once we would lose our free will. Instead, Hashem brings salvation in a slow process so that it is not apparent to the naked eye, thereby causing us to act accordingly. If we realize that Hashem is putting all the pieces of the redemption together, albeit behind the scenes, we will still receive reward for coming to that realization and acting upon it.

If one would look back on the last seventy years, perhaps the bigger picture would become clearer. While many opposed the founding of the Jewish State in 1948, we must all agree that the Jewish State is far more conducive to allowing Jews to practice their religion, than would any other state. I am aware that there is still a long way to go, but we should acknowledge that we have come a long way. Many new laws that the government passes are in accordance with halacha and take halachos into consideration. The government funds many yeshivos and other religious projects. On a daily basis there are multitudes of religious Jews moving to and living in Eretz Yisrael, and flourishing there.

This didn’t happen overnight, but if it had it would have removed our free will. We would openly see God’s hand moving all this into place. We would no longer be able to sin or fight with one another. But is seventy years such a long time? In the big picture it is but a blink of an eye. If we would stop for a moment to contemplate what our plight was 75 years ago and where we are today a mere couple of years later, we would recognize the Yad Hashem.

In recent events in America we have also witnessed many new matters and measures that Hashem is setting up. Hashem has appointed the friendliest president and administration to Israel that this country has ever seen. The president has recognized Yerushalayim as our capitol, and in the next few days will move the U.S. embassy to the new capitol. He has been extremely tough with Israel’s Arab neighbors. He has freed one of our people from an unfair jail sentence, and reports are out claiming that he will release another from his harsh parole conditions. Not to mention all the domestic policies that have bettered the United States. Is there anything else that we even would like to ask of the president?

The only thing that is compulsory of us, and will be expected of us is to open our eyes and realize what is going on. 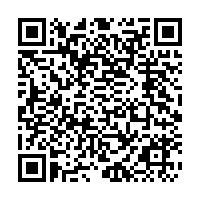