The Torah commands us to take heed lest we forget the events at Sinai that we all bear witness to. This verse presents the Jewish mission: to fuse past present and future into one continuous experience. The Jew remains connected to his past like no other nation or people. Which other people or nation recalls and relives tragic events like the churban annually, attempting to reconnect with the agony and despair that took place so many years ago? HaShama am? Which other nation relives and re-experiences ancient events like the Exodus from Egypt annually or recalls it daily? Is there another nation that can testify to the veracity of an event such as the covenant at Sinai established between Hashem and the Jewish people? Is there another nation that has communicated that covenant from generation to generation without interruption? Mi goy gadol? Which other nation has a written and oral law that remains as alive and relevant today as the day it was given millennia ago?

Our mission is pen tishkach. Forgetting is a natural human weakness and strength. We all forget things, for example the laws of aveilus, mourning, are built on the human ability to forget over time and reduce the agony of loss while preserving the memory of the deceased relative. How can we promise not to forget? Perhaps the admonition here is that we should not trivialize the events of the past by saying that they are irrelevant to the modern Jew. Our identity as Jews is built on the foundation of generations that came before us, the lives they lived, the ways they died, We must remember the day that we received the Torah and became the nation of Hashem just like we must remember the destruction of both Temples as the martyrdom of so many of our people through the ages, including the Holocaust and those that have lost their lives al kiddush Hashem, to sanctify the name of Hashem. We have a mesorah, a tradition that our ancestors lived and died for. We have a Torah sh’Bal peh that energizes and reinforces our attachment to Torah sh’Bichtav. There can be no written law without the accompanying oral law. What right do we have to ignore or trivialize that tradition? V’Hodatam l’Vanecha u’Bnay banecha, we obligate ourselves to preserve these memories and transmit them to our children lest they forget or come to trivialize our past and heritage. 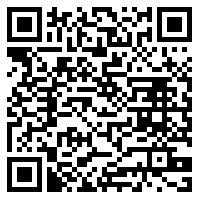