And Hashem said to Avram, “Go for yourself from your land, from your birth place, and from your father’s house to the land that I will show you.” – Bereishis 12:1


With these words begins one of the ten great tests of Avraham. The Ramban explains that these were trials by fire, designed to bring Avraham’s greatness to the surface, taking it from the potential to the actual. They helped form him into the singular tzaddik he became.

Rashi notes that in this test, Hashem is very expressive about the place Avram is leaving, but does not mention where he is to go. “Leave your land, your birthplace, your father’s house, and go. . .” Rashi explains that this was all part of the test and added to the reward he would receive when he passed. Each description of the place he was leaving increased his longing and attachment to it, making it more difficult.

Rashi adds that this is similar to the Akeidah when Hashem challenged Avraham: “Take your son, your only son, the son that you love.” Each phrase further increased the test because it highlighted and stirred up the love Avraham felt for his son.

This Rashi is difficult to understand. The Avos were spiritual giants, men whose feet may have been on the ground but who lived up in the heavens. Avraham lived in a world of spirituality, barely cognizant of his physical surroundings. And what makes this question even more pointed is that it is hard to imagine that Avram was particularly attached to either his birthplace or his father’s house.

There is a well-known midrash that says that at a tender young age Avram recognized the folly of idol worship. He set out to teach the people of his town the error of their ways but they were less than accepting of his teachings. His father in particular was dead set against them, as he owned a store that sold idols. One day his father asked him to watch the idols, and when he came back, he found that all the idols had been smashed. He turned to Avram and asked, “What happened?”

Avram answered, “Someone brought in food for the idols. One of the smaller ones took it, the bigger idol got jealous, and they had a fight, punching, kicking, and smashing. This is what is left.”

Avram’s father was not impressed with the cleverness of his son. In fact, he was so unimpressed that he took him to Nimrod the king, who pronounced him an enemy of the state and attempted to execute him. That resulted in another of the tests of Avram: the fire of Ur Kasdim.

This being the case, it is hard to imagine that Avram felt any great attachment and connection to his homeland and his father’s house. So what does Rashi mean that each expression made it harder for him to leave?

Despite this being a very long and difficult exile, we have we have succeeded in creating our own Torah culture. We have our own manner of dress and speech; we have our own goals and priorities. We have our own newspapers, music, and books. We now even enjoy a vast body of Torah literature. Whether stories of gedolim or fictional novels that convey Torah values, it is a great accomplishment and necessary to remaining an exalted nation.

However, there is a small fly in the ointment. It seems that the gedolim written about in the popular books today are presented as malachim – as if they never failed, never suffered any setbacks, and never went through nisayonos. Never questioned themselves. Never felt lost or confused. 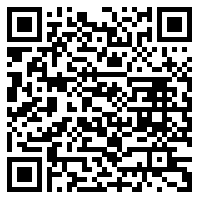