Management theorist Edward Deming offers businesses fourteen principles to help them function in the most effective manner. Among them is point eight: “Drive out fear, so that everyone may work effectively for the company.”

Interestingly, a major impediment for companies to grow and succeed is the existence of a culture of fear. An example of this would be people being afraid to make mistakes because they fear their supervisor’s reaction and the repercussions they will suffer as a result. This discourages people from being creative and trying new things.


This does not mean that people should not be held accountable. It also does not excuse negligence. But it does mean accepting that when we try new things, we will occasionally strike out and that there will be even avoidable mistakes along the way.

One of the key ways for leaders to foster a fear-absent environment is to make sure their criticism is always productive. Obviously, yelling is out of the question as are ad hominem attacks. Corrective discussions should be viewed as educational opportunities and teachable moments.

This idea is brought home in the opening pasuk in this week’s parsha. The verse states: “And G-d spoke (Vayidaber) to Moshe and He said (Vayomer) to him, ‘I am the Lord.’” Rashi comments that Hashem was rebuking Moshe for asking, “Why did you hurt this nation?”

Rav Moshe Feinstein in the sefer Kol Ram asks the following question. In general the verb “vayidaber” implies a harsh and stern tone, whereas “vayomer” represents a much softer one. Why are both verbs used in this sentence? If, as Rashi explains, Hashem was rebuking Moshe then the opening verb of “vayidaber” makes sense and should be the sole verb used in the sentence.

Rav Moshe explains that the Torah is teaching us a very important lesson regarding how to criticize and rebuke people. Although Hashem rebuked Moshe for questioning what He did to Bnei Yisrael, Hashem realized that Moshe was motivated by a deep love of Klal Yisrael and that his intentions were good. That Hashem needed to rebuke him is captured in the word “vayidaber.” However, since Moshe’s intentions were good, G-d softened the tone somewhat as indicated by the subsequent use of the word “vayomer.”

Leaders should always follow this example. Even when mistakes are made that require a corrective discussion, if the employee had good intentions and made the mistake while trying to do the right thing, then the “discussion” should reflect this. While the message may still need to be critical, the tone should be supportive and encouraging. 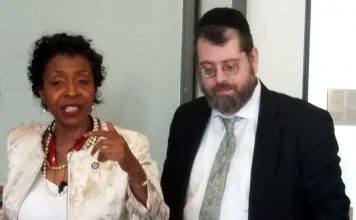 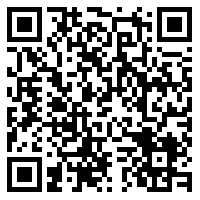