As we near the end of the story of Yaakov’s family, we should ask: Did Yosef and his brothers ever ‘make up’ and conclusively put their past friction to rest?

Rabbenu Bachya (on Bereshit 50:17) cites a tradition that the Asara Harugei Malchut were killed as a punishment for the sin of the ten brothers (Binyamin was apparently not among them) selling Yosef. He writes that this could have been prevented by Yosef’s forgiving them. But since he did not, such a sin had to end in punishment. His understanding is that even though the brothers asked for forgiveness, Yosef’s words of consolation were not meant as actual forgiveness.

While we could question R. Bachya’s understanding on several grounds, he is certainly correct to bring our attention to the story’s inconclusive end. The brothers’ request for forgiveness comes via a retelling of a supposed request for such from their father. Most commentators understand this as a ruse that they had made up, fearing that he would not forgive them unless the request came from Yaakov himself. Regardless, it is curious that it is not accompanied by their own personal request.

It is hard to imagine that it would have taken something away from their father’s supposed request had they amended their own to it. Though the brothers had already expressed regret about how they had treated Yosef, there seems to be something that prevented them from seeking to directly redress the past. The same is true for Yosef. “He speaks to their hearts” as he had done before, but he never utters the words, “I forgive you.”

There are many reasons we could give for this lack of resolution. Differences of life experience and of approach still remained between them. Yosef had channeled his talents and ambitions to the benefit of his family, but he remained an Egyptian viceroy who would continue to look and act differently from the other brothers. For their part, the brothers remained more insular and explicitly limited their contact with their new Egyptian neighbors.

Moreover, though the brothers were sorry for their behavior, that doesn’t meant that they didn’t also blame Yosef. His behavior had been more than just flamboyant. He had behaved with almost complete disregard of his brothers’ sensitivities. Even if he thought he had been in the right, the Torah describes his speech about them as dibah, the same word used for the notorious report of the twelve spies that defamed the Land of Israel.

For his part, Yosef had suffered greatly as a result of his brothers’ treatment. He was likely forever scarred by the almost merciless way that he was sold, not to mention his likely knowledge that they had even been prepared to kill him. Nor had his life in exile always been easy.

Yet in spite of whatever reservations the two parties may have had, the Torah may be teaching the importance of trying to bring a situation to a proper resolution. Indeed, what person is ever completely satisfied by a request for forgiveness by someone who has grieved him? And what person is ever resolved that a problem was completely his fault? And nonetheless the proper thing to do is to seek and give forgiveness. Perhaps our actions do not carry the same weight as those of our great ancestors and will hence not result in the same type of catastrophe. Still, what Rabbenu Bachya says happened in their case should serve as a strong warning to make sure to properly resolve our own differences before it is too late.

{This Dvar Torah was prepared with assistance from Harry Glazer} of Highland Park, NJ. 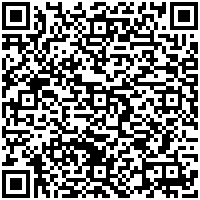