Thanks to The Wall Street Journal’s Bret Stephens, it is now public knowledge that the U.S. Navy refused to grant a Jewish dentist, Dr. Gershon Pincus, a security clearance in connection with his part-time civilian employment at an off-base Naval clinic in Saratoga New York.

An official Navy document – a “Statement of Reasons” – addressed to Dr. Pincus explains why:

[You disclosed that] your mother, brother and sister moved from the United States to Israel because they believe it is more safe to raise their children in Israel. You stated your sister holds dual citizenship with the U.S. and Israel…. You further stated, although deceased, your son was a dual citizen of the U.S. and Israel and also served in the Israeli Army for six months.You traveled to Israel from December 2007 to January 2008 to attend your father’s funeral. You also traveled to Israel in December 2008 to attend your niece’s wedding, and you last traveled [to] Israel in April 2014 to visit your mother. In addition, you stated you send $1,200 to $1,400 to your mother’s landlord in Israel from her U.S. bank account….

Seems pretty tame, but the document then goes on to infer something sinister:

Foreign contacts and interests may be a security concern due to divided loyalties or foreign financial interests, may be manipulated or induced to help a foreign person, group, organization or government in a way that is not in U.S. interests, or is vulnerable to pressure or coercion by any foreign interests.

Given that President Obama has forbidden any official hinting at linkage between Islam and terrorism – notwithstanding that virtually all perpetrators of terrorism against Americans are Muslims who more often than not pepper their violent acts with cries of “Allahu Akhbar” – the leap of faith regarding the supposed risk to national security posed by Dr. Pincus’s ties to Israel drips with an irony all its own.

We note the silence of our elected officials on the Pincus case – not a word thus far from Senators Schumer and Gillibrand or anyone else in New York’s congressional delegation.

Keep in mind that this case is not one where there may be some doubt about the basis for the Navy’s action. The Navy makes no attempt to obscure the fact that its problem with Dr. Pincus is nothing other than his unremarkable and uncontroversial ties to Israel. 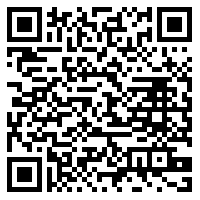