I wish I could give a different answer to the question, “What’s different about the Shmurah Matzah we eat at the Seder?” I offer the classic response, “Shmurah means ‘guarded,’ and describes Matzah that has been watched since the harvesting of the wheat to ensure that nothing has occurred which might cause it to become Chametz (Mishnah Berurah 553:21-22). The Seder night is described as Leil Shimurim, a night of guarding, so we eat guarded Matzah.” Although accurate, it’s not the answer I want to give.

Every year from the time I was five I would travel from Toronto to New York with my father zt”l and his students to bake Matzah for Pesach, and every year we would hear the same speech from my father before entering the bakery: “My family’s custom is to eat only Hand Matzah on Pesach because these Matzah bakeries hire poor people to help them earn money to prepare for the festival. Guard your interactions with the people working in the bakery. Make sure that you treat them with dignity. Only Matzah baked with this awareness qualifies as Shmurah, guarded.” That is the answer I’d like to give to explain Shmurah Matzah.

I don’t for the same reason that I no longer bake my own Matzah: I can’t be certain that the baking will include guarding the dignity of the people working.  We guard and pay careful attention to certain laws but not always to each other’s dignity. Someone once made fun of a question asked at the Seder and my grandfather zt”l remarked, “Better to eat bread on Pesach than to embarrass someone!”

We open the main section of the Seder with an invitation, “Whoever is hungry, come and eat. Whoever is needy, come and join our Pesach.” Our Matzah is not Shmurah if we are unconcerned with those who have nothing to eat, or no Seder to join. The invitation is a reminder of the real Shmirah, guarding, that is essential to our relationship with God Who is described in the Haggadah as Shomer Havtachato, “Who guards His promise to Israel.” God’s guarding of His promise is described as “quickening the end.” God did not guard His promise by adhering to the black and white rules of His oath to Abraham, but by guarding the dignity of His people, recalculating the 400 years (Genesis 15:13) to save Israel before they lost everything.

This explanation of Shmurah Matzah forces us to reconsider a term we toss around quite a bit, as in, “He is Shomer Shabbat,” “She is Shomer Negiah – careful with the laws of physical contact between the sexes,” and, “I’m careful with Shmiras haLashon – guarding my speech.” A real Shomer of the law expands his awareness of the laws to their affect on other people. No wonder the Consecration of the Kohanim culminates in, “You shall Guard My Guarding (Leviticus 8:35).” Those who will serve as the interface between the people and the Temple must think beyond the letter of the law and consider the person coming to the Temple for forgiveness.

Revelation begins with a single challenge from God, “If you will guard My covenant (Exodus 19:5),” the same covenant that the Shomer Havtachato expresses by treasuring His people and their dignity. This is the covenant of Pesach and the Matzah, the Bread of the Poor, that insists that we be En Garde for the dignity of every human being. Even with all the money in the world, we are not free without dignity.

I pray that this Pesach be one that fills us with dignity and opportunities to guard the dignity of others. 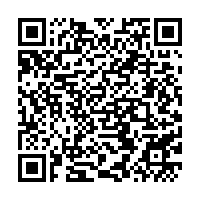