The wheel of time inexorably continues to turn, and at the moment we find ourselves in what is colloquially known as “The 3 Weeks.” One of the longest observances in the Jewish calendar, these 21 days make up the time period between Shiva Asar B’Tammuz and Tisha B’Av. Our prophets enacted, inter alia, that during these three weeks one may not get married, listen to music, make a celebration, take a haircut or buy new clothing.

What every growing Jew should be asking himself during this period is: What were Chazal’s intentions when they instituted these restrictions? What is it about this calendric period that necessitates putting a damper on our normally joyous lives?


For most of us, the answer is pretty obvious. This is when we mourn the destruction of the Beis HaMikdash. However, what strikes me as odd is if Tisha B’Av is the day of mourning for the Temple, why would Chazal require us to begin the mournful observances three weeks earlier? Chances are, you’ll tell me that it is appropriate to start mourning on Shiva Asar B’Tammuz because that is the day our enemies breached the walls of Jerusalem. You’d be correct in saying so; I’ll even support that supposition by pointing out that all the sefarim call these three weeks “Bein Ha’Mitzarim – Between the Distresses” referring to Shiva Asar B’Tammuz and Tisha B’Av. However, I think you’ll agree that it is quite unusual for Chazal to set aside such a large period of time for any observance. Granted, we believe that all our distresses stem from the destruction of our Temple. But even if one argues that all events that relate to the said destruction should be mourned as well (a debated point amongst the commentators), one would still question three weeks being dedicated to such an end. Why do the anniversaries of the walls being breached and the actual destruction not suffice? Why did Chazal also legislate these additional weeks?

Perhaps one could suggest the following: Chazal intended more than just memorializing two days. We are taught, “Any generation that does not see the rebuilding of the Temple in their days it is as if they saw it destroyed in their days.” Thus, any generation in which the Beis HaMikdash is not built is obviously suffering from the same sins that caused it to be destroyed in the first place, for if they weren’t, the Beis HaMikdash would have been rebuilt. That is why Chazal saw fit to decree a three-week time period during which the causes of the tragedies that are mourned on either side of these days could be worked on and rectified to some extent.

What that means for us is that we have two choices: We can either submit to the restrictions placed on us for the duration of these weeks, and then move on with our lives, or we can utilize the guidelines to grow during this time period and fix the problems that make us need to mourn in the first place. I’m going to assume that you chose the latter; as Jews, we are always aspiring to grow.

The Talmud teaches that the Beis HaMikdash was destroyed because of baseless hatred. Bnei Yisrael did not properly fulfill the mitzvah to “love your fellow as yourself.” Their strife and infighting caused the Shechinah to depart from the Beis HaMikdash, and once that happened, our enemies were successful. By extension, if the Beis HaMikdash still hasn’t been rebuilt, that means that we have yet to purge ourselves of that hatred. Thus, the conclusion I draw is that these three weeks were enacted specifically for us to eradicate this issue.

What still needs to be addressed, however, is how exactly are we expected to work on this issue? In which ways are we supposed to work on loving our neighbor as ourselves? I suppose that each person is supposed to fashion his own strategies and come up with his own methods of improving himself in this area. But perhaps I could suggest that the restrictions of the 3 Weeks themselves are geared towards eliminating baseless hatred. Perhaps lessening our indulgences in certain aspects of life will bring us to love our fellow Jew more. How does that work, you may ask?

The Kli Yakar (Vayikra 16:30) explains why Moshe gathered Bnei Yisrael specifically the day after Yom Kippur to build the Mishkan. “Only when they were a unified congregation… would Hashem accept [them]. [But] it is normal for people to beg forgiveness from their friend on Yom Kippur and then…go back to their evil ways. So Moshe gathered them [immediately] after Yom Kippur and unified them into one congregation. This [immediacy was a necessary ingredient] because all strife stems from interpersonal dealings…” I think what this enigmatic Kli Yakar means is that the source of baseless hatred is that we are so involved in our everyday dealings, constantly fending for and taking care of ourselves that we grow to be self-centered. Thus Moshe knew that the best chance he had at uniting Bnei Yisrael into a unified whole was to do so immediately following Yom Kippur – that is to say, immediately following the day when everyone removed themselves to the greatest degree from indulgences and self-service.

Perhaps now we can understand the restrictions of the Three Weeks. When we are told not to get married, listen to music, make a celebration, take a haircut or buy new clothing, we are really being told to stop focusing so much on ourselves – and to spend more time thinking of others. If we can lessen our self-love, the source of baseless hatred, and manage to increase our love of others, then maybe this year we’ll merit being redeemed from this bitter exile and the rebuilding of the Beis HaMikdash. 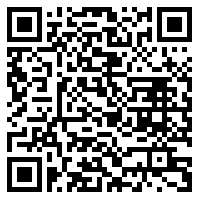