Two weeks ago I shared an e-mail I received from a rebbetzin who resides in a small community on the West Coast. She related that when she and her husband got married they wanted to commit themselves to rejuvenating our people with the light of Torah. An opportunity presented itself when they heard a small congregation was searching for a spiritual leader. The community grew by leaps and bounds and, baruch Hashem, they succeeded beyond their expectations.

The problem started when their two daughters returned from studying in Yerushalayim. Despite a four-year age difference, they were both at the shidduch stage. The rebbetzin and her husband decided they would not allow the younger one to date until her older sister was settled.


Time went by without a successful match. Finally, the older daughter moved to New York for the sole purpose of finding a shidduch. Eventually the rebbetzin and her husband decided they would take a one-year leave of absence from their shul and move to New York to help in the search.

Unfortunately, no shidduch was made and the rebbetzin and her husband returned home, leaving the younger daughter with her older sister in New York. Now the parents are wondering if they should allow the younger one to date before the older one, who’s fast approaching her late 20s, finds a shidduch.

The following is my response.

I understand your worries and am sensitive to your concerns. Please bear in mind that many parents share your dilemma even though they reside in major Orthodox communities.

The first thing you need to do is bring your burden to our loving Father.  Speak to Hashem from the heart. Tell Him: “I tried to dedicate my life to bringing Torah to Your children , and in that merit please bring a shidduch to my daughters. I did my hishtadlus; I spared no effort – but so far it has been to no avail. Hashem, I leave it all up to You. You hold the key to all shidduchim so please place that key in the hands of my daughters and in the hands of the young men who are their basherts.”

Having done that, you must continue with your own efforts. You cannot sit by passively and just wait for miracles. I have several practical suggestions.

Be very careful to preserve the dignity of your older daughter. Don’t let her see you crying over her. Don’t let her hear you talking about her. Such an attitude can only be destructive – she may really come to believe there is no hope or future for her. Time and again I have told parents with older single children (especially daughters) to be on guard and refrain from placing salt in their wounds.

Your daughter is aware of her problem. Believe me, she doesn’t need reminders. The very fact that you decided to take a Sabbatical year in New York to be with your daughter, rather than in Israel to refresh yourself spiritually, is indication enough that you are worried about her.

So try to relax. When your daughter calls, don’t assail her with any questions she can interpret as “Any dates in the offing?” Limit yourself to questions like “How are you, sweetheart?” and “How’s your job?” In order words, innocent conversation-starters that do no harm. And be sure not to ask her whether she’s spoken to this or that shadchan or whether she’s followed up with this rabbi or that one.

Don’t chastise your daughter by saying things like “You can’t be passive; you have to keep on the backs of all the shadchanim or they’ll forget you.” You go to the shadchan on her behalf. You remind them.

You should impart confidence and hope in your daughter. If she brings up the subject, tell her not to worry and reassure her that her shidduch will come at the time Hashem has designated.

I know this is easier said then done. I know your heart is heavy and your pain is overwhelming – but you are a mother, and for the sake of your daughter you must remain calm.

You asked whether you should let your younger daughter date while her older sister is still single. This is a terrible dilemma for parents with more than one child of shidduch age. We have a well-established tradition that the older goes before the younger, but in situations such as yours it is not quite so simple. 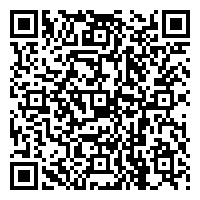