A few weeks ago, while I was in Yerushalayim, we had the privilege of premiering our new film, “Hineni’s Triumph of the Spirit.”

The Jerusalem Plaza, where the film was screened, had lines that snaked up the stairs and through the lobby. Over 1,000 people had gathered; unfortunately we couldn’t accommodate everyone. People were standing and sitting on the floor, but you could have heard a pin drop as the story unfolded. The film depicts my family’s experiences during the war years – Hungary, prior to the Nazi occupation, the ghettos…. and our deportation to Bergen-Belsen concentration camp.

A reporter asked me how this film differed from other Holocaust remembrances, and I told her that what makes this film unique can perhaps best be summed up by one of the closing scenes of the film in which two arms are linked over a Sefer Torah. One arm is tattooed with those infamous numbers, and the other, the pure unblemished arm of a child. We are accustomed to seeing the tattooed arm,” I told her, “but seldom do we see it linked to that of a child, and even more seldom are those arms connected through a Sefer Torah.

Holocaust films usually leave one depressed, but our film is truly a “triumph of the spirit,” that demonstrates that the fire within the Yiddisheh neshamah is more powerful than the flames of the crematoria, and that the pure breath of the Jew cannot be poisoned even by the toxic fumes of the gas chambers. This film imparts the legacy of our fathers, our zeides, our Covenant – a legacy that takes us back to Sinai and spans the centuries.

But what is most important and unique about this film is that it challenges us to fulfill our mission as Jews. It is precisely because of this that we have chosen to premiere it here in New York City at the Paris Theater during Aseret Y’mei Teshuvah – Tuesday evening, September 22 at 8:00 p.m. This film is appropriate for all ages and backgrounds and inspires commitment to Torah and Am Yisrael.

There are no coincidences in life; everything is orchestrated by Hashem. So while we chose Aseret Y’mei Teshuvah to showcase the film, little did we realize that the date we chose would serve an additional purpose, for it would coincide with the visit to New York of one of Hitler’s heirs, Ahmadinejad. Yes, Ahmadinejad, the notorious Holocaust denier is once again scheduled to be in New York to address the UN General Assembly – that “august body” representing the nations of the world.

Ahmadinejad not only denies that the Holocaust ever took place, but he unashamedly declares his plan to wipe Israel off the map. In case you wonder how such an evil man with such satanic plans could be given a platform at the UN, then know that there is nothing new about this. Alas, from time immemorial, the nations of the world have always been receptive to those who would demonize and scheme the annihilation of our people… and the members of the UN are notorious for their naked hatred of Israel.

Even as they piously proclaim the ideals of freedom and democracy, their words drip with hypocrisy. Just consider that time and again the General Assembly has convened for emergency sessions in order to condemn Israel. But when Rwandan Hutus slaughtered hundreds-of-thousands of Tutsis they did nothing, the same in Bosnia, Sudan and Darfur.

But when it comes to Israel, the UN is quick to enact resolutions against her. It matters little that Israel is the only democracy in the Middle East or that she sacrifices the lives of her own soldiers to protect the civilian population of her enemies. But it is of no use…. bottom- line, Israel is demonized and ostracized.

In the 20th century, not one nation came forth to help our doomed people, or to condemn the Holocaust. Not one of them came forth to help our doomed people. They turned a blind eye as we were being fed to the ovens and a deaf ear to our pitiful cries. Not one nation had the courage to raise its voice on our behalf, and now these same nations welcome Ahmadinejad, and you wonder, “Haven’t they learned anything from the past?” Can it be that once again, they sit by silently and legitimize the mad ranting of this new Hitler?

Do you recall when last year, in his hate-filled speech at the UN, he blamed the Jews for the global financial crisis? Not only was he not censured for this, but Larry King invited Ahmadinejad to appear on his CNN show. King commented on his youthful appearance, thereby giving Ahmadinejad, the monster, a human face.

A year earlier, one of New York’s most prestigious schools of higher learning – Columbia University, accorded him respectability by inviting him to speak.

Those who are familiar with Jewish history are not surprised. Alas, anti-Semitism is as old as our people. As the Haggadah testifies, “B’chol dor v’dor – In every generation, they rise against us, but the Almighty G-d saves us from their clutches. But still, you might ask, “How could this happen in New York? How could a prestigious academic institution stoop so low?

To be sure, anti-Semitism is always marketed in different packages to make it politically correct and palatable to the masses. Yesterday, they openly admitted their hatred of Jews, and the Holocaust machinery was created. Today, such overt bias would be deemed racist and unacceptable, so anti-Semites disguise their venom by labeling Israel a racist and apartheid state. “We have nothing against Jews,” they loudly protest. “It’s just the Israelis, the Zionists and their Nazi-like tactics that are problems.”

If these accusations didn’t have such tragic dimensions, it would be laughable, but you and I know that when they say “Zionist” and “Israel” they really mean every Jew.

It is against this background of Ahmadinejad’s visit that we will premiere our film and tell the world that, yes, there was a Holocaust, but we, the Jewish people are here, because our lives are rooted in G-d’s Torah, and no force on earth can ever destroy us.

We are an ancient people. We have seen mighty empires rise and fall. We have encountered the most powerful armies. Yes, we have seen it all, and we are here!

To be sure, we are living in the most difficult of times. But these days are also the most challenging and exciting, for we are the generation that has been chosen to usher in the messianic period. If we attune our ears and open our hearts, we will hear destiny beckoning.

If we listen with our hearts, we will hear the sweet strains of “Lechah Dodi” – the beautiful hymn that we sing every Sabbath Eve…. “Hisna’ari – me’afar kumi …Rejuvenate yourselves…shake off your dust … arise my people and don your splendid garments.”

The film that we will premiere on September 22 is more than a film. It is a legacy that charges us to “shake off our dust and put on our splendid Priestly garments.”

Following the film, B’Ezras Hashem, I will address the audience. I look forward to greeting you. Please join us. 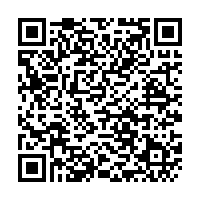