Last week I focused on the group Women of the Wall and its choice of the Kotel as a battleground, donning tallis and tefillin and conducting services in the manner of men. I asked why, if these women are sincerely motivated, they do not hold their services in any of the thousand and one places where they would be welcomed with open arms. I wondered whether their goal is not so much wearing tallis and tefillin as it is taking a jab at the Torah community.

I can almost hear some readers saying, “All right, Rebbetzin, we know how you feel about Women of the Wall. But tell us about the specific role we Jewish women have been given. What is it that God expects of us and what is the mission He assigned for us? And how do we maximize our lives and plug into it?”


From the genesis of our history Jewish women have always been in the vanguard, not just for their families but for our entire people – and indeed for the world. Our mother Sarah had such keen insight that she ordered Hagar and Yishmael to depart because she perceived the danger Yishmael posed not only to her son, Yitzchak, but to all her descendants. Her husband, Avraham, did not quite share her view. But Sarah persisted and told Avraham, “the son of this handmaiden cannot inherit this land with my son Yitzchak.” Hashem Himself endorsed Mother Sarah’s words and instructed Father Avraham, “listen to her voice.”

Now, what does this have to do with the place of women in Jewish life? In an age when women were considered less than chattel, when they were beaten and killed with impunity by their husbands and even their sons, our great patriarch Avraham, the trailblazer of our faith, was instructed by G-d to listen to the voice of his wife. The implications of that should take your breath away. But the story doesn’t stop there. You need only to study our history to see that the respect rendered to Sarah is repeated again and again.

We were in bondage in Egypt, a barbaric society where slaves were routinely tortured and slaughtered and where no slave was afforded the possibility of escape. So what was it that merited the miracle of our liberation from that house of bondage? Our Torah records it for eternity: “B’zchus noshim tzidkonyos” – “in the merit of our righteous women our forefathers were saved from Egypt.”

Again, I invite you to contemplate that. Women in those days were basically property to be discarded but our Jewish women were in the forefront of infusing their families with the light of faith. I could write an entire megillah on the awesome respect paid to women in our Torah. I will limit myself, however, to one more spectacular example: When G-d brought us to Sinai and charged us with His Covenant, He commanded Moshe Rabbeinu to teach His Torah first to the women. That would be hard to imagine even today, so consider how revolutionary it was in those times.

Our Torah places females on the highest pedestal of respect, esteem, honor, and glory. Why would we need any kind of women’s liberation movement? What are we to be liberated from? From our majestic calling of kindling the lights of faith and passing the torch of Judaism to all generations? Can there be any greater glory than that? What are our sisters seeking? What are they protesting?

It is not out of contempt that I’m writing this but rather to sound the alarm, to awaken our people. We are confronted today by challenges that, G-d forbid, threaten to snuff out the very lives of our brethren in Israel and worldwide. At such a time, how can any of us transform the holy Kotel – the remnant of our Temple and the most sacred site we Jews possess – into a place of provocation and infighting?

Even as I speak to my Jewish sisters, I would like also to address my brothers. There are many ways to counter-protest Women of the Wall in a manner that honors Torah. Cursing is not one of those ways; neither is flinging chairs. Violence begets violence. Hatred begets hatred. And with every such incident the gap among our people widens. When brother lifts a hand against brother the Heavenly Gates close and the wolves among the nations are unleashed. Why and for what are we doing this to ourselves?

One final word to Women of the Wall: My dear sisters, would everyone not be better served if, rather than making a spectacle at the Kotel, disrupting those who come there to spill out their broken hearts and wash the Wall with their tears, you instead built walls of faith and love – walls that would insulate our people from the madness of the world?

Let’s stop the nonsense and become serious Jews. Let’s carry the torch of faith from Sinai to the 21st century and pass it on to our progeny so that the light will illuminate their path for all eternity. 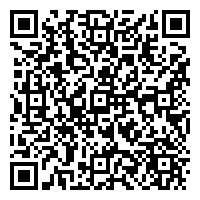