One of the most vexing dilemmas in the Jewish community today is that of the ever-growing singles population.

There are many organizations (including our own Hineni), congregation-sponsored committees, and shidduch clubs where concerned women get together and network to set up shidduchim. Painfully, however, the dilemma remains, indicating that more involvement is required.

Having said this, I believe it would be worthwhile to examine the other side of the coin and determine whether there are some problems in the singles world that exacerbate the situation and whether singles themselves, albeit unwittingly, contribute to the crisis.

In dealing with singles for so many years, I have had, Baruch Hashem, the zechus to make many, many matches. But I have also encountered many sad situations. Unfortunately, I know countless singles who came to Hineni some thirty years ago searching for their bashert and today they are in their fifties or sixties and, tragically, still searching.

Now, mind you, I have introduced them to many potential candidates, but for one reason or another they never made a connection. There was always some excuse – the easiest of course, was to say, “He/she is very nice, but I don’t think it’s for me.”

Obviously, there are times when such a response is legitimate, when there is no connection. However, there are those who are pursuing an unrealistic dream. They reject shidduch opportunities and then years later they regret they did so. Many have confided to me they now realize they made huge mistakes.

But even as they do so, they continue on the same unrealistic path, looking for an “image,” failing to realize they are chasing a fantasy. To be sure, when challenged they will tell you they have very modest requests – “just a good person” – but when I question them closely it quickly emerges that “just a good person” is just a small part of the equation. There are many other considerations that come into play: looks, money, etc.

On occasion I have challenged some of the shidduch candidates and told them to look into the mirror and frankly ask, “Would I want to go out with me?”

I recall a very overweight man telling me he only wanted a thin girl. “Forgive me,” I said. “I do not want to hurt you, but by that logic, why would a thin girl want you?” Unfortunately, such situations are not isolated incidents. Very often, singles just do not have realistic expectations. They chase a rainbow that is just not there.

There are, of course, many other factors that work against successful shidduchim. With the passage of time, many become comfortable in their own niche and develop commitment phobia. This is especially prevalent among men, although girls can suffer from it as well. None of them would admit to it – they sincerely believe they want to get married (and no doubt they truly do) but they just can’t make that leap, so they date and date and the years fly by.

Today’s successful shadchan not only has to be a matchmaker but very often also assume the role of a “life coach” who has to encourage, cajole, and help the shidduch candidate overcome the doubts and fears so many singles harbor (frequently without even being aware of them).

To be a shidduch “life coach” is a formidable task, requiring much patience, perseverance, sensitivity, and concern for others, traits not easily come by in our indifferent and self-indulgent world.

Singles have an obligation to scrutinize themselves and determine whether they are doing their hishtadlus, investing their best efforts, to make the shidduch happen. One of the more pervasive difficulties I have encountered when dealing with singles is the failure to be realistic.

Singles often form a certain image of the man or woman they want to marry. Though the years may pass, the image does not change. They still desire “the girl” or “the boy” they envisioned years ago, and they refuse to compromise. To be sure, those who harbor these feelings will be quick to deny them and protest that they are willing to compromise but have just not found “the right one” as yet.

I have seen 60-year-old men who want only young women of childbearing age. They are not interested in “taking chances” with older women who might need medical intervention in order to conceive. “It’s too iffy,” they assert, and refuse to compromise. It’s true that men who are successful (read: “wealthy”) will most likely find young, willing candidates. And others who observe this think to themselves, “If so-and-so was able to find someone young, why not me?”

Women can be equally difficult, though by nature they are nest builders, anxious to get married and yearning to hold babies in their arms. But they can also be reluctant to compromise in their search for the “perfect shidduch” they set their hearts on years earlier when they started dating.

At this point a clarification is in order. I am not suggesting that anyone marry a person to whom he or she is not attracted. I am recommending that singles be more realistic and learn to move on.

Obviously, I am speaking in generalities. I realize there are many exceptions that do not fit this mold; but just the same, the attitude is all too prevalent. Even as I write this, I know there may be loud protests from those who deny the validity of this analysis. They can’t acknowledge the fact that although they desire to marry, they live in the past, clinging to visions that are no longer realistic and refusing to move on. 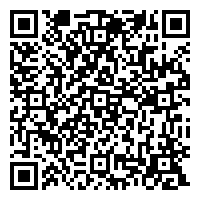