Those of you who have heard me speak or who read my columns and books know that whenever I opine on a subject I try to base what I say or write on our Torah and the teachings of our sages. There are so many things taking place so rapidly in front of our eyes that before we can absorb one event, another unfolds. This rapid succession is so overwhelming that it allows us no time to think.

Nevertheless, all global and personal events, major or minor, are orchestrated by Hashem. “All that befalls us in the world, the good as well as the bad, are tests” (Mesilas Yesharim). Consequently, there is always a Jewish way of viewing things. And there is a huge difference between seeing events through secular eyes and through Torah eyes.

Consider, for example, the overwhelming jubilation that reigned throughout the United States when the news of Osama bin Laden’s death was announced a few years ago. Undoubtedly, he was the incarnation of satanic evil, and every freedom-loving person had cause to be grateful he was no longer alive.

There is, however, a vast difference between being grateful he was no longer among us and actively celebrating his death.

Before we proceed, I should make it clear that not for a moment do I make any connection between the way Americans responded to bin Laden’s demise and the vile, obscene frolicking we witness in Muslim cities and villages whenever Jews are killed by terrorists. People dance in the streets, shoot guns into the air, and hand out candy to passersby. The insane rejoicing knows no bounds.

Such a response – celebrating the barbaric murder of men, women, children and infants, making the killers “holy martyrs” – can only emanate from barbarians.

So the elation we witnessed in our United States over the death of bin Laden was a far cry from the savage rejoicing in Arab countries when terrorists slaughter innocent people. Nevertheless, is it right to rejoice in someone’s murder – even someone evil to the core?

We Jews, who from the genesis of our history have been targeted for annihilation, have had much experience in dealing with this question. While we have encountered persecution and pogroms and Inquisitions and Holocausts in every generation, we have also seen our killers crumble before our very eyes but – and this is a big but – we have never danced or rejoiced in reaction to their deaths.

Rather, we humbly thanked G-d for having saved us and asked Him to help us continue our mission of kindling the light of Torah in a dark world. I do not speak theoretically. As a survivor of the Holocaust, I witnessed this with my own eyes.

At the Seder table, not only do we celebrate the birth of our nation and our exodus from Egyptian bondage; we also recall the Ten Plagues that laid waste to a tyrannical nation. But do we make merry over the fate of our oppressors? No; we instead take a full cup of wine and with the mention of each plague we spill out a drop, for our cup can never be full when we witness the destruction of others – even if those others are our oppressors and killers.

This teaching is reinforced throughout our holy writ. In Psalm 104, King David, the psalmist, the sweet singer of Israel, proclaimed: “Let sin be erased and the wicked will be no more” – meaning, we beseech the Almighty to obliterate evil deeds, not human beings.

When we wish to utter the most horrific curse at those who are totally evil, we do not ask that they be savagely slaughtered. We do not pray for bloody carnage. Rather, we say, “Y’mach shmo” – May his name be obliterated, may his evil mission be wiped out.

Perhaps this can be summed up through a powerful story involving Bruriah, the brilliant rebbetzin of Rabbi Meir. We are told they had a miserable neighbor who gave them no end of trouble and grief. One day Bruriah overheard her husband praying, asking G-d to remove the neighbor from this planet.

Upon hearing her husband’s words, Bruriah said, “Rabbi Meir, instead of praying that our neighbor be removed, why don’t you pray that G-d remove his malicious ways. And if you do that, not only will you have peace from him, but we will gain a good neighbor.”

Just think about it and you will realize with awe that it is only G-d who could have taught us that.

Finally, there is something else of which we, the Jewish people, are keenly aware: “And a new king arose over Egypt” – which teaches us that there is always a new, malevolent person to replace the old one, and the new one may be worse than his predecessor. When a Hitler or a Stalin or an Arafat or a bin Laden are taken from this world, there will, sadly, be others to take his place.

But we must not despair. We must remind ourselves of that which we proclaim on Seder night: “In every generation they arise to annihilate us, but the Holy One, blessed be He, always saves us from their hands.”

And so it shall be until Mashiach comes speedily in our day. 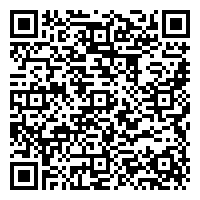