In the very first parshah, the Torah describes the creation of the world and the creation of man, the very crown of creation. We learn that although the seeds of all vegetation were in place, it was only after man prayed for rain that the seeds blossomed and bloomed.

This prerequisite of prayer is evident throughout our Torah and history. Our mothers – Sarah, Rivkah, Rachel, and Leah – and many others were granted the berachah of children only after they prayed with all their hearts and souls.

This prerequisite is actually necessary for every blessing in life. For example, it was only after Moshe Rabbeinu, the greatest man ever to walk the face of the earth, turned to Hashem with intense, genuine prayer that Hashem forgave the nation of Israel.

G-d’s response to Moshe comprised just two words, but those two words had, and continue to have, more power than the most deadly weapons mankind can devise. We are all familiar with those two little words. They are engraved on our hearts and souls; they are the pillars of Yom Kippur: “Selachti kidvarecha” – “I [G-d] have forgiven even as you requested.”

Yes, prayer is the foundation, the ultimate defense weapon of our people. Our father Yaakov was endowed with this gift by his own father, Yitzchak, who proclaimed those words that identify us for all time: “Hakol kol Yaakov – The voice is the voice of Yaakov.” That voice is the voice of prayer. It is so powerful that it can pierce the bolted heavenly gates and ascend to the very Throne of G-d.

Throughout the long centuries of our persecution, torture, and slaughter, this voice of Jacob has enabled us to triumph. It was prayer that enabled us to survive Hitler’s hell. I know – I was there.

In our “enlightened” world, however, this voice has become muted; prayer has come to be regarded as something only a naïve, unschooled person can take seriously. We, the citizens of the 21st century, know the age of miracles has long passed.

And there are still other factors that impede prayer. Ours is a culture addicted to instant gratification. From computers to iPhones, fast food to microwaves, it must all be fast, fast, fast! So if our prayers are not immediately granted, we cut the line and lose our connection with G-d; we stop praying, sit in solitude, and our loneliness consumes us.

Psalm 27 offers us the solution: “Kaveh el Hashem – Place your trust in G-d.” Pray. And if initially your prayers are not answered, strengthen your heart and pray some more.

We must only keep the lines open and never stop praying. If we wish to live, we must always bear in mind that prayer is our most powerful weapon.

Having said all this, we must also recognize that Hashem is not our waiter. We cannot make demands. We cannot order Him around. We cannot depart from His restaurant in a fit of temper. There are no other eateries to which we can go.

Time and again I have been told by disappointed singles searching for their soulmates or businesspeople facing failure, “I am through! I’ve had it! I prayed and it’s no use. It’s all to no avail!”

I then point out what should be obvious: “If G-d wills it, in an instant you will be gone. So let me give you a piece of advice. If you want to start up with someone, that’s your option, but for your own good, your own survival, don’t start up with G-d. You will lose before you ever start.”

When they ask me what to do, I reply, “Follow the advice, found in Psalm 27, of King David, the mighty warrior and sweet singer of Israel: Pray, and then pray some more. Follow the example of Moshe Rabbeinu, whose every prayer was on behalf of his people.”

Actually, the one time Moshe prayed for himself, he begged G-d to allow him to enter the Promised Land. He was told “no,” but his faith never diminished. He understood that everything that comes from G-d is good and there was a reason why he was not permitted to walk on Eretz Yisrael’s holy ground. Just the same, every prayer is answered in its own way; from the top of the mountain G-d granted Moshe a vision and he saw the Land of Israel and the great panorama of Jewish history.

G-d has His reasons, even if those reasons cannot be comprehended by our puny minds. Our faith, our trust in Hashem, is eternal, and we know that “no” is also an answer. 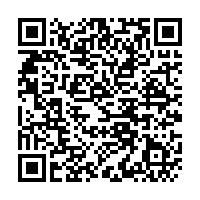