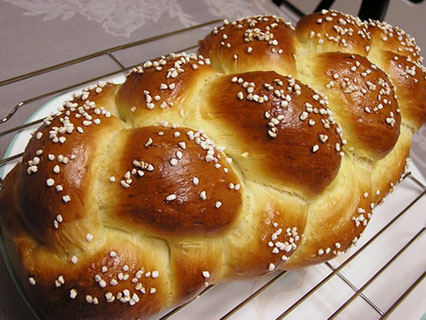 In the end of this week’s sedra, Parshas Emor, we find the story of the Megadef – the Blasphemer. According to one midrash, he began by making fun of the fact that in the Mishkan and Beis Hamikdash, the lechem hapanim, the Showbread, was eaten at least nine days after it was baked. It was made on Erev Shabbos, placed on the Shulchan the next day, and was only eaten a week later. “Since when does a king eat cold, stale bread?” he scoffed.

In truth, the joke was on him! Chazal tell us (Chagiga 26b) that the lechem hapanim stayed totally fresh and was still hot even a week later. So much so, says the Ritva (on that Gemara), that when they showed the lechem hapanim to all those who had come for the Chag, everyone could see the steam rising from it as if it had just come out of the oven. So how could he have said that it was cold and stale? The answer is that if a person wants to deny Hashem’s existence, he won’t even notice the outright miracles that take place right in front of his eyes!

Last week, on the final day of Pesach, we celebrated the spectacular splitting of the Yam Suf. The pasuk (Shemos 14:21) tells us that the entire night Hashem caused a strong eastern wind to blow, and finally, in the morning, the sea split. It is quite obvious that even if all the winds of the world would blow, a sea does not split, certainly not as it did then! The water rose on either side of Bnei Yisrael like brick walls, and over their heads like a protective arch, reaching a height of 900 miles, according to one opinion. So what was the point of the winds? Rav Yaakov Naiman zt”l (Rosh Yeshiva of Ohr Yisroel in Petach Tikveh) in Sefer Darkei Mussar (page 312) quotes the Sefer HaChinuch (Mitzva 132) that it was to give people the ability to deny that it was a miracle. A person who wants to deny the existence of Hashem, and the fact that He is running the world, is willing to entertain even the most absurd possibilities.

Rav Naiman continues that we thank Hashem in Shemoneh Esrei for “ni’secha shebichol yom emanu, val nifliosecha shebichol eis – for Your miracles that are with us every day, and for Your wonders and Your benefits at every time.” Miracles occur for us all the time, but since we are so used to them, we do not view them as anything special. However, all we need to do is open our eyes and see how Hashem is not only protecting the Jewish nation in the most miraculous ways but also taking care of us in our daily lives.

We are so busy taking care of our personal needs, though, that we don’t see it. Therefore, Hashem gave us Shabbos in order to strengthen this awareness. In the past (February 7, 2014) we pointed out that there are three different parts of Shabbos, and each with its own emphasis. Friday night corresponds to Shabbos B’reishis, the time when Hashem caused His Glory to dwell in this world. That is why we say “Vayechulu” in shul on Friday night, and testify that Hashem is the Creator. Afterwards, in order to involve our family in this great truth, we say it again at home with a silver becher (cup) of wine. The Sefer HaChinuch explains (Mitzva 31) that we do so because wine causes excitement, and human nature is to get drawn after the actions we do. Making this statement with great excitement will cause it to become more real to us.

A Feast of Faith

But we shouldn’t stop with Kiddush – the entire Friday night meal can be an opportunity to internalize the lesson that Hashem created the world and is constantly doing miracles for us. Here are a few examples, using Rav Avigdor Miller’s techniques to discover Hashem everywhere.

Let us start with the delicious challos. Are you aware that you are eating a concoction of wheat seeds, dirt, and rain? Just a little while ago the farmer planted a seed deep in the tasteless dirt. Down came the rain, and up came a stalk of wheat. Who taught the ground how to do that? Then we took the kernels, ground them into a white powder, then mixed in water, yeast, and other ingredients. It then began to rise, doubling in size! We placed it in a burning hot oven and out came these golden challos, crispy on the outside and fluffy on the inside. Why does flour react this way? As we chew our challah, let us think about all the wonders Hashem did so that we should receive this delicacy.

Next we have chicken. What do chickens eat? Corn, seeds, and other things. And yet, chicken always has that same texture and delicious flavor which we savor with each bite. Who developed that amazing machine, which turns these inedible materials into an amazing food?

How about what we drink? No need for all those sugar drinks – a plain cup of water can fill us with joy! In addition to enjoying the refreshing feeling of water as it quenches our thirst, we can experience how much Hashem is doing for us constantly. This cup of water may have originated thousands of miles away in the middle of the ocean, full of salt and other chemicals. Hashem caused the sun to pour tons of energy into the sea, evaporating the water and leaving all impurities behind. The wind kicked in and transported the clouds to the mountains where the cold air caused them to condense into water. Then the water came down, not as a gushing jet that would destroy all the plants and grass and make life miserable for us, but as small gentle raindrops. Whatever is not used eventually makes its way back to the sea where it starts all over again. The water we drink is the same water that Avrohom Avinu’s generation drank – and it is just as clean and fresh as ever!

We could continue to examine the vegetables and fruits, but why not try it on your own?

Strengthening our emunah in Hashem will affect all of our avodas Hashem.  First, the more we are aware of Hashem’s involvement in our lives, the more we will act accordingly. But most of all, the Rambam tells us  (Yesodei Hatorah 2:2) that when we see how great Hashem is, we will have a great desire to be close to Him and try to perform His mitzvos with more perfection, in order to gain a closer connection to Him. The burning fire of love that will be ignited in our hearts will be so strong that all the waters of the world will not be able to extinguish it.

This feeling of love will give us the strength to weather the storms we face, and withstand any challenges that may arrive during the coming week. When we realize that Hashem, Who is so great, is taking care of us and loves us, we will be able to view all the things that happen to us in our daily lives as part of Hashem’s master plan, a plan that has been tailor-made for each one of us. 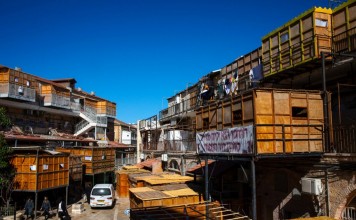 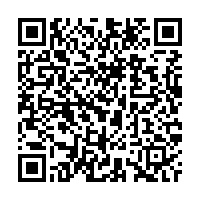