Before you bring in a rock band to help you say Hallel please allow me to explain the title of this article. Rav Avigdor Miller zt”l would say that the word Hallel is similar to the word “hollelus” which means wildness. In other words, when we say Hallel we do not merely relate the praises of Hashem in a subdued manner – we go all out! Our hearts swell with emotion as our lips express these special praises with feeling. The Gemara in Pesachim (85b) writes that when Klal Yisrael ate the Korban Pesach they recited Hallel with so much power that it seemed as if the roofs of their homes were about to burst off!

In order to say Hallel with feeling we must understand what it is all about. The Ba’al HaTania explains that the source of the word Hallel is the word “hilo” which means to shine, as it says in Iyov (29:3) “B’hilo neiro – when His lamp would shine.” By praising someone, we “bring to light” his good qualities which were hidden until now. When we recite Hallel, we praise Hashem and make known to ourselves, and the world, His magnificent and mighty acts, including His ongoing kindnesses.

The Gemara in Shabbos (118b) says: “Rebbe Yosi said, ‘May my portion be among those who recite the entire Hallel every day.’” The Gemara notes that this seems to contradict the rule that “he who reads Hallel every day is a curser and blasphemer.” The Gemara answers that Rebbe Yosi was not referring to the Hallel we say each Yom Tov, he meant a different Hallel: Pesuki d’zimrah – the verses of praise we say every day in Shacharis. What is the difference between these two types of Hallel?

The Meshech Chochma (beginning of Bechukosi) writes that Hashem runs the world in a way that keeps His involvement hidden. Yet, with just a little scrutiny one can see how nature is truly a chain of hidden miracles, all navigated by Hashem. The exceptions to the rule are open, miraculous events that clearly reveal His control. One reason He does so is to prevent us from falling into the drunken stupor of most of mankind who attribute Hashem’s daily blessings to some unknown deity called “Mother Nature.” These outright miracles clarify to us the true source of all the good we constantly receive.

One who recites the Hallel reserved for outright miracles every day declares that he believes that Hashem only gets involved on those rare occasions – the rest of the time, the world runs on autopilot. This man is a blasphemer and denies the most basic tenet of our faith! On the contrary – one should recite the Hallel of p’sukei d’zimrah every day, where we delineate the various aspects of nature and attribute them all to Hashem. These two types of Hallel work in tandem to help us praise Hashem for His all-encompassing, powerful, and compassionate rule over the entire creation.

There is another important reason for saying Hallel, as found in the writings of Rav Samson Raphael Hirsch (“The Hirsh Psalms,” page 296),

“This uplifting song of the Jewish nation has accompanied us through the millennia of our wanderings through the ages, has kept alive within us the awareness of our mission in world history and sustained us during days of trial. At the hour of redemption, the Hallel filled our mouths with hymns of praise to the Lord, and even now, on the days appointed for the remembrance of the mighty acts of G-d which we have experienced, the Hallel helps us relive the stern trials we have passed through and the rejoicing that was ours at the time of deliverance.

Finally, it keeps our hearts and spirits receptive for whatever sadness (chas v’sholom) or joy the future might hold for us. G-d’s wondrous mercy is at work not only in extraordinary occurrences, but also in smooth, ordinary course of daily life. Indeed, the ever-growing burden of galus makes the survival of the Jewish people appear as one continuous miracle of G-d’s saving power… the constant recurrence of G-d’s mighty acts causes them to pass us by unnoticed. It is most probably in view of all the foregoing that our people has incorporated the hymn of Hallel (except for some abridgments) into the order of prayer for every Rosh Chodesh.”

Saying Hallel strengthens our bitachon, our trust in Hashem. When we say Hallel we praise Him not only for the outright miracles, but also for the miracle of our existence in a world that would love to wipe us out. Feeling Hashem’s constant vigilance should permeate us with joy and infuse our Hallel with vigor and excitement.

In order to help us say Hallel with more feeling, let us give a brief overview of it based on what we saw above.

We begin Hallel with Chapter 113 (Hallelu avdei Hashem) where we recognize how even though Hashem is way above human comprehension, He comes down to form an intimate bond with us. That bond is revealed through the fact that Hashem is interested specifically in our nation, and constantly watches over us. In Chapter 114 (Betzeis Yisrael) we relate how this relationship began with our redemption from Egypt and the receiving of the Torah on Har Sinai. We vividly describe how at that time we saw that He alters the rules of nature on our behalf.

In Chapter 115 (Lo lanu) we beseech Him to reveal His glory to the world. Through this we respond to His love to us with true dedication, unlike the relationship of the nations of the world to their “gods.” And since Hashem is the only true G-d, it is fitting to place our trust in Him. In the next paragraph (Hashem zicharanu), we continue saying that, indeed, Hashem bestows never-ending blessing upon those who rely only on Him.

Then, in Chapter 116 (Ahavti), we praise Hashem for answering the prayers of those who trust Him and how that strengthens our trust in Him. In Mah Ashiv we say that as a result, we reciprocate His compassion through publicizing His kindnesses and strengthening our servitude to Him.

Until this point we praised Hashem for our special relationship with Him. In chapter 117 (Hallelu es Hashem), we now turn to the nations of the world and adjure them to join our praise to Hashem. We refer to the outright miracles of the past and to the ones that will occur in the near future, at the time of the final redemption. This continues with Chapter 118 and the declaration “Hodu l’Hashem ki tov, ki le’olam chasdo!” Even you nations shall join the realization that His kindness is eternal!

Finally, in Min hameitzar, we conclude with a declaration of our great trust in Hashem; a trust based on the deep and intimate relationship that we saw in these chapters of Hallel. We pray for the day when the world will come to its perfection through the arrival of Mashiach, and we describe how spectacular it will be.

Even though we say the same words of Hallel every Yom Tov, we must bear in mind the specific redemption that we come to commemorate. When we say Hallel during Chanukah, let us praise Hashem for the miracles that gave and give us the ability to stand up to the nations of the world who try to lure us away from His Torah.

Now that’s something to go wild over! 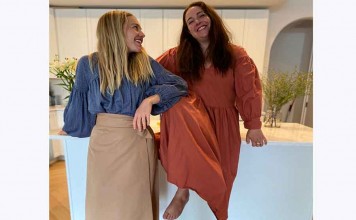