“When you entered this room you were free people – now you are all slaves!” Those words were not uttered by a cruel kidnapper to captives he had just taken. They were said by the famed Rav Shlomo Brevda zt”l, at the end of his pre-Pesach speeches.

Each year before Pesach, he would double and triple the amount of shiurim he gave each day, sometimes traveling from Haifa in the north, down to Tifrach in the south, all in one day! When asked what pushed him to do this he would answer that he had a message to relate, one that he wished he would have known when he was younger.


That message was the words that we quoted above: To make all Jews aware that they are “avdei Hashem” – Hashem’s slaves – and there is nothing better than that!

Let us go to the beginning of the story. The Ramchal explains (Da’as Tevunos) that at the Bris Bain Habesorim – the Covenant Between the Parts – Hashem gave Avrohom Avinu two options for how we could merit the final redemption: according to our actions, that is, we would merit Moshiach and Olam Haba only if we were worthy, or, when the time comes, Hashem would bring the redemption whether or not we were worthy. Avrohom chose the second option, thereby guaranteeing that the redemption would come.

Hashem replied that the only way for this option to work would be if we became totally subjugated to Him, like a slave to his master. Just as a slave’s life is controlled and led by his master, so too, we are totally in Hashem’s hands. Therefore, even if our actions do not warrant the final redemption coming, since we are completely dependent on Hashem, He will redeem us.

How did a free nation, a royal nation, descendants of Avrohom Avinu, who was viewed by the entire world as a prince, become slaves? By first becoming subjects of Pharaoh, who then took away their freedom. In Egypt they were not given an option of what time to arrive at work, what time to end or whether to take vacation. You have fever? Who cares! A woman is about to give birth? No mercy! A slave is not a servant who works because he wants to and can quit any time he wishes. We were totally under the control of the Egyptians and there was no way to escape.

After living as slaves for so many years, we could now be transformed into avdei Hashem – Hashem’s slaves. At exactly midnight, Hashem Himself struck the firstborn of Egypt, and the Midrash tells us that after that Pharaoh’s voice was heard throughout the entire country as if he were speaking on a massive PA system: “Until now you were my slaves – from now on you are the slaves of Hashem!” At that point B’nei Yisroel began to say Hallel, and they said, “Hallelu avdei Hashem, v’lo avdei Pharaoh – Give praise, you slaves of Hashem, and not slaves of Pharaoh!”

But why were they so happy? They were not free – they only changed masters. The answer is that when one is enslaved to a cruel and self-centered master like Pharaoh, it is absolutely horrendous to be a slave. But to be subjugated to a kind and loving master like Hashem, who really does not need us as slaves and is only subjugating us for our own best interest, is wonderful! Indeed, through the miraculous plagues in Mitzrayim, Hashem showed us how much He cares for us. This was strengthened by the miraculous crossing of the Red Sea and His taking care of us for 40 years in the desert. We understood that anything He tells us to do must be only for our good, to give us eternal reward, and to bring the final redemption. Hallelu avdei Hashem!

Most of all, once we became His slaves we did not have a care in the world. A slave who knows that his master is wealthy and powerful, and really cares about him, does not have to worry about where his next meal is coming from, nor does he have to be concerned about where he will sleep or how he will marry off his children. “I have a loving master who takes care of all my needs,” he tells himself. We should possess this feeling to an even greater degree knowing as we do that Hashem, the Master of the Universe, is our owner. We can throw away all our worries!

The Rambam (Tefillah 1:1) writes that the source of the commandment to pray to Hashem is a verse in Parshas Mishpatim (23:25) “va’avditem es Hashem Elokeichem – and you shall serve Hashem your G-d.” Chazal tell us that this servitude refers to prayer. But where do Chazal see anything about prayer in this verse? All it says is that we must serve Hashem! Rabbeinu Manoach (one of the commentators on the Rambam) explains, as we just mentioned, that when a slave needs something he has only one address: his master’s. When we take all of our needs and turn just to Hashem, we demonstrate that He is our Master. What greater form of servitude is there than prayer! So if the Torah says, without any details, that we must serve Hashem, obviously it means through prayer.

But it goes even further. The Gemara in Brachos (4b) states that one who follows the geulah, the redemption, immediately with tefillah, inherits the world to come. That is, right after reciting the final blessing of Krias Shema, which discusses the redemption from Egypt, a person should start Shemoneh Esrei. Why does one merit such a great reward for such a simple act?

Rabbeinu Yonah explains (quoted in the commentary of his students on Brachos): “The reason why Hashem took us out of Mitzrayim was in order to make us His slaves, as it states (Vayikra 25:42): ‘for they are My slaves whom I took out of Mitzrayim.’ In the blessing of ga’al Yisroel, we mention the kindness of Hashem redeeming us from Egypt. Since prayer is servitude, as it states ‘va’avditem es Hashem Elokeichem,’ when a person mentions the redemption from Egypt and immediately prays, he shows that just as a slave must perform the will of the master who owns him, so too he is aware of the kindness that Hashem did for him. This person, who is aware that he is Hashem’s slave and therefore fulfills his Master’s commands, has truly obtained a portion in the world to come!”

So we see that through our redemption we became slaves of Hashem, and the direct result of this is turning to Him in prayer.

This is an excellent way to prepare for the great moment of the leil haseder, when we will once again merit becoming slaves of the Master of the Universe! When we recite the blessing about the redemption, let us bear in mind that through these miracles we were chosen to be His slaves. And when we recite Shemoneh Esrei, we should do so knowing that we are throwing our entire burden on our Master, Hashem, because He is the only address for all our needs! 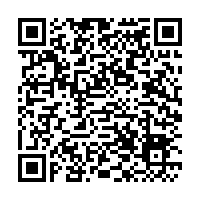