Torah Trivia: What do we pray for the most? If you answered “The Final Redemption” you are correct. In most of the brachos of Shemoneh Esreh we either mention or daven for the geulah. In birchas hamazon we dedicate an entire bracha to it, we mention it in the blessing me’ein shalosh, and two of the blessings following the reading of the haftarah center around it. Indeed, the midrash (Breishis Rabba 13:2) states that the talk and prayers of the nations of the world mainly centers around the success of their fields (or businesses). But Klal Yisrael’s main prayers are for the Beis HaMikdash. We constantly say: “Our Master rebuild the Beis HaMikdash! Our Master rebuild the Beis HaMikdash!”

Not having the Beis HaMikdash means we are lacking, as we say in the bracha after the haftarah, “beis chayeinu – the source of our life!” Praying for the Beis HaMikdash is a priority all year long, and even more so now that we have entered “Bein HaMitzarim,” the three-week period of mourning.

This raises two important questions. First: How can we really feel the loss of a building we never saw? Second: So many people greater than us have prayed for the redemption but to no avail – why is it so important for us to pray?

Let us go back to the beginning. Chazal tell us that Hashem made this world so that the entire universe should know that He is the sole creator, the supreme master, and as a result, come close to Him. Therefore, He designed it in a way that allows one who so desires to discover Him. He chose us as His royal nation and gave us His Torah which brings us even closer to Him. He also appointed us to be a “light for the nations,” to assist them in becoming aware of this great truth.

To help us accomplish this He gave us Eretz Yisrael, a holy land where it was much easier to come close to Him and even receive direct communication through prophecy. Its center was Yerushalayim, the holiest city in the world. The Torah tells us that the reason we are commanded to eat the fruit of ma’aser sheini in Yerushalayim is so that we should “learn to fear Hashem, your G-d, all the days (Devorim 14:23).” Tosafos in Bava Basra (21a) explains that since all the people living in Yerushalayim were involved in the pursuit of spirituality and closeness to Hashem it instilled yiras Shamayim in the person who had come to eat these fruits.

But all that paled in the light of the Beis HaMikdash, the place where Hashem’s presence could be seen clearly. There were daily miracles such as the pillar of smoke on the altar that did not budge even in the stormiest weather and the “terumas hadeshen” that was swallowed up by the marble floor. And most of all, there was a strong, indescribable feeling of closeness to Hashem. Just entering gave one a long- lasting spiritual boost.

During those golden days not only were we on an exalted level, the nations of the world also believed in Hashem and respected us. It looked like the world was on its way to reaching the ultimate goal of a complete revelation of Hashem’s glory.

But alas, that ideal situation did not last long. Due to our sins and failings, the Beis HaMikdash was destroyed and we were exiled from the Holy Land. Ever since, the world appears to have gone totally haywire, spiraling out of control. Most of the civilized world openly denies Hashem’s rule and majesty. Instead of being a nation of princes we have been pursued, ridiculed, and tortured for 1950 years! Baruch Hashem, the United States of America has more or less treated us kindly, but anti-Semitism also rears its ugly head in the land of the free. In Eretz Yisrael we are surrounded by millions of Arabs who wish to wipe us off the face of the earth. What happened to the purpose of creation?! This should truly pain one who loves Hashem.

And if we think about the ongoing spiritual holocaust, we should be overcome with sorrow. Rav Elazar Menachem Shach zt”l, the Rosh Yeshiva of Ponevezh would not eat breakfast at 8:15 in the morning. When asked why, he answered: “At this very moment tens of thousands of Jewish boys and girls are starting their school day in institutions that do not even teach them to say Shema Yisrael and you expect me to eat?! I have absolutely no appetite!” Unfortunately, most of our nation does not live as Torah abiding Jews, and precious neshamos are lost through intermarriage.

Now, you may be thinking that caring about Hashem’s glory is too much for you to concern yourself with and that it doesn’t matter.

To that I say – you really do care. Most people have some sort of religious pet peeve. Some can’t stand when people talk during davening, others when a cellphone rings in shul. There are those who are bothered by the lack of care for the poor and some hate when people get into fights. The fact that you are bothered by any of this shows that you desire a better and more spiritual world. With some contemplation you will see that not having the Beis HaMikdash really bothers you.

Now we can explain why it is so important for even the simplest Jew to pray for the Beis HaMikdash – it is our job to reveal Hashem’s presence in this world. The fact that we ask Him with all our heart to come back shows that the present state of affairs truly bothers us – and that gives Him satisfaction. Whether or not He decides to answer our tefillos and bring the redemption is irrelevant (See Mesilas Yesharim, Chapter 19).

According to the Kuzari (3:19) this is the running theme of a great portion of the blessings of Shemoneh Esreh. In the blessing of “teka b’shofar” we pray for the return of all the exiles to Eretz Yisrael. Then we pray for the return of Torah-based law and justice. After that we ask Him to remove the interference of those who oppose His rule. Next, we ask Him to protect the righteous people who uphold His banner. Then we beseech Him to return His Shechinah to Yerushalayim. Hashem’s rule in this world is revealed through the kingdom of Dovid’s descendant, Mashiach, and that is what we ask for next. Basically, with these blessings we ask in great detail for those ideal days to return!

But the grand finale, says the Kuzari, is when we say “v’sechezenah eineinu.” We ask that our very eyes behold the Shechinah, just like the great prophets and the generation that came out of Mitzrayim! And then, we bow down for Modim and imagine that we are bowing towards the Shechinah, just as Klal Yisrael used to do when they merited the revelation of Hashem’s glory!

Through praying in this manner, you will show how much you want Hashem to come back – and who knows? Maybe your prayer will be the one to tip the scale and bring the redemption! 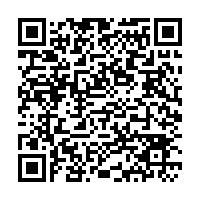