“Practice makes perfect” goes the saying. This may be true regarding many areas of our lives, however, when it comes to davening, merely repeating the words day after day will not do the trick. Tefillah is not a recital of holy words – it is a conversation with Hashem, and that requires our heart to be involved. We must constantly put effort into making sure that we are not just praying like a parakeet.

What is interesting is that many feel that as much as they try to improve their tefillah they are not seeing the amount of progress they would have expected. Let us try to discover why this is so and how to solve the problem.

General Victor von Boomboom, commander of the third artillery brigade, slammed his binoculars down on the table. “What’s going on here, Colonel Tzafloigen?” he shouted. “We’ve been bombarding the walls of this city for weeks and haven’t made any progress!” “I don’t know why,” replied Colonel Ich bin Tzafloigen. “Not only that, I ordered the soldiers to aim each cannon at a new spot every time they fire. We’ve hit almost every part of the wall, but nothing seems to be helping!”

“YOU WHAT?” screamed the general, his face turning redder than his uniform. “HAVE YOU GONE MAD?”

Tzafloigen mustered up the courage and meekly asked, “What did I do wrong, general?” “You mean to ask, ‘what did I do right!’” yelled von Boomboom. “How do you expect to break through the wall if you keep moving the cannons? You have to aim at one spot and keep pounding away until you break through! Take this fool away!”

The Gemara in Brachos (32b) states that from the day the Bais HaMikdash was destroyed, an iron wall separates us from our Father in heaven. It is not for nothing that we have such a hard time feeling that we are talking to Hashem when we pray. In order to make progress with our prayers we have to break through that wall. But don’t worry – Chazal equipped us with an arsenal of state-of-the-art weapons and revealed to us how to overcome this challenge.

When an army conquers a city the first step is to clear out the mines, barbed wire and machine gun nests. So too, we begin the morning prayers with pesukei d’zimrah. Some commentators explain that the word zimrah comes from the word tizmor which means to prune. When one prunes a tree, he cuts off the bad and dead branches that are stunting its growth. As we begin to pray, the Satan sends all sorts of evil angels and distractions to ruin our prayers. By saying these verses with feeling and meaning we cut down these adversaries.

In the next stage, the army must soften the enemy through aerial bombing and other techniques. So too, in tefillah we continue on with birchos Krias Shema which brings us closer to our goal of breaking through the wall and reaching Hashem.

Finally, we reach Shemoneh Esrei. Here, the Anshei Kineses Hagedolah, the Men of the Great Assembly, armed us with extremely high quality munitions. Each word was chosen carefully by these great rabbis and prophets and infused with so much kedusha that when we say them they cause huge explosions in the upper worlds. And of course, the effect is even greater if we say them with great concentration and feeling.

However, that is not enough, as just as the artillery unit must aim at one spot until they break through, we must do the same when we pray. If we daven every day in a different place it is like shooting each time at a different spot on the wall. Not only should we daven in the same shul, the Shulchan Aruch (O.C. Siman 90:19) writes that one should sit in the same place in the shul (or at least within four amos, which is approx. six feet). The same is true for women or those who must pray at home. Designate a place to daven, and pray there every time! Only through constant and persistent tefillos can we hope to break through that separation between us and Hashem.

Having a set seat will change our whole perception of tefillah. The Maharal explains that one who prays each time in a different place, shows that tefillah is not so important to him. One who realizes that davening is a meeting with Hashem and an extremely important part of his day will make sure he has a set place for that meeting. Hashem in turn shows that person special favor and accepts his prayers.

But it goes even further.

Rav Shmuel Weintraub zt”l was a big tzaddik and Rosh Yeshiva in Pinsk-Karlin. During World War II he and his yeshiva ran away to Vilkomir, Lithuania. When he was there he noticed that whenever he davened in a certain seat in the Vilkomir Shul, he felt an unbelievable sweetness in his prayers and closeness to Hashem like he had never felt before. But if he prayed in a different seat, he did not feel it.

When he spoke to an old gabbai about this phenomenon he told him that when the Vilna Gaon had been a young man he had gone into exile and had stopped in Vilkomir. There is a very strong tradition that the place where Rav Weintraub had felt this special holiness was where the Gaon had prayed when he was there. When Rav Weintraub related the story to the Brisker Rav, the Brisker Rav was amazed by the fact that the holiness of the Gaon could be felt two hundred years later! And then he added: “Apparently only special people like you could feel that holiness!”

The truth of the matter is that not only did the Gaon have the ability to infuse the place he prayed with kedusha – we also do. The Tzlach writes that every time we pray, we sanctify the place where we stand. With this he explains why it is so important to have a set place to pray. We all have so much trouble saying our prayers with concentration – but if we pray every time in the same place, the holiness from our last prayer will help us to not get distracted and will also bring our prayers straight up to heaven.

This is absolutely amazing! The words we utter do not just vanish in mid-air. Besides for rising to heaven and causing huge changes there, they make ramifications down here on earth! Obviously, the more kedusha the person has, and the higher the level of his prayers, the greater will be the amount of kedusha infused on the spot. Knowing this should give us a greater appreciation for every tefillah we pray!

We have now discovered how making sure to daven in the same minyan and place every day can drastically raise the level of how we daven. As we take our set seat, let us remind ourselves of the seriousness of what we are about to do – we are about to have a meeting with Hashem. At the same time let us recall that we are now standing on a holy spot – the place that we infused with holiness with our prayers. Doing so will help us break through the wall separating us from our Father in heaven who is waiting for us with open arms! 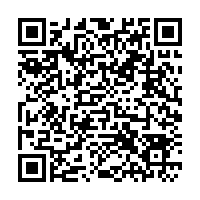