Sometimes I wonder how far my articles really go. Last week I was pleased to read that this column actually made it into the recent Scripps National Spelling Bee. You see, Rishik Gandshari, a seventh grader from San Jose, California was challenged to spell the word “Yiddishkeit” in the first round of the finals of this famous spelling bee. Despite his initial hesitation, he managed to spell the word and ascend to the next round, ultimately being named one of the (eight!) co-champions of the spelling bee.

I looked up the word Yiddishkeit in the Merriam-Webster dictionary and found the following definition: “Jewish character or quality; Jewish way of life; Jewishness.” How true. In this column we attempt to infuse our Jewish character, way of life, and Jewishness with excitement and joy! We do this through understanding the meaning behind the actions we are already doing. For the past few years we have been working on our daily prayers. It certainly has helped the way I daven – I hope you can say the same.

This month we will discuss an aspect of prayer that has intrigued researchers for centuries: Why do the Jews “shuckel,” i.e. sway back and forth, while praying and learning Torah? This ancient Jewish custom certainly has deep reasons behind it. Let us discover the secret of the Jewish sway, thereby bringing yet another aspect of our Yiddishkeit to life!

With All My Limbs

The Rama (Ohr Hachaim 48) writes that since the Torah was given to us on Har Sinai with trembling (i.e. fear), so too, we sway when we learn Torah. Doing so establishes the proper mindset, and reminds us that we are learning Toras Hashem – not just another subject. And the reason we sway during davening is to fulfill the verse in Tehillim (35:10) “kol atzmosai tomarnah, Hashem mi kamocha – all my limbs will say, Hashem, who is like You?” Perhaps the Rama means that since tefillah is an expression of our complete subservience to Hashem (as we have explained in the past), we want this to encompass our thoughts and words – and our physical actions.

How does the act of swaying do so?

Rav Shimon Schwab (Rav Schwab on Prayer, page 167) explains the reason for swaying during prayer as follows: “There are two ways in which a person can relate to HaKadosh Baruch Hu. One is through ahavah (love), in which a person feels very close to Him, and the other is through yirah (awe), in which one is awestruck by His Omnipotence and Omniscience. This may explain the ancient Jewish practice of ‘shuckeling,’ swaying forward and backward during tefillah. The forward motion expresses one’s desire to come close to HaKadosh Baruch Hu, but then, upon reflection, one realizes that He is the Ribbono Shel Olam, the Master of the universe, which causes one to reel back in awe. These thoughts are typically evoked during meditation.”

According to Rav Schwab, through swaying forward and backward, we express our servitude to Hashem. On the one hand we display our extreme desire to serve Him, while simultaneously we show our reverence and extreme trepidation of His greatness! One who bears this in mind while swaying will have expressed these great feelings through physical actions. (May I suggest that we should not have this in mind during the entire Shemoneh Esrei as that can distract us from thinking about the meaning of the words, the primary kavanah we should have while praying. Instead, it may be better to think about it before one begins Shemoneh Esrei, or during the first few sways.)

The Darkei Moshe cites the Zohar (Pinchas 218b) which gives an entirely different reason for this custom. Obviously, this is a deep kabbalistic concept, but even on a simple level, it can have a great impact on the way we daven and how we live our lives.

“Rabi Abba asked Rabi Shimon, why don’t the nations of the world also sway and only Klal Yisrael does so … without even being taught to do so? Rabi Shimon answered that it is because the souls of Klal Yisrael are formed from the holy lit lamp. The flame of our neshama is ignited when we begin to learn Torah… just like a flame dances in all directions… as it says (Mishlei 20:27) ‘ner Hashem nishmas adam – a man’s soul is the lamp of Hashem,’ and only Jews are referred to as ‘man,’ not non-Jews. That is why they do not sway.”

Many of us interact with people of other faiths on a daily basis and, at face value, all human beings are similar. We all eat and drink, we all think and feel and desire. Yet, we say in Aleinu, “shelo asanu k’goyei ha’aratzos, v’lo samanu k’mishpichos ha’adama – for He has not made us like the nations of the lands, and has not established us like the families of the earth.” We are in a totally different league! Our holy nation has the privilege of serving the King of all kings, the Master of the universe, and therefore we are made differently. Even though our bodies look similar, we have a holy neshama that elevates us. Our neshamos are from the lamp of Hashem – a “cheilek Elokah mi’mal” – a deep spiritual connection to Hashem, which people of other nations do not have.

The Zohar tells us that this is why we automatically start swaying when we learn Torah. Through learning Torah we connect to Hashem, which immediately ignites our neshamos and causes us to move around, like a flickering flame that darts to and fro. And the seforim tell us that this is also the reason we move around when we daven Shemoneh Esrei. At that moment, we come extremely close to HaKadosh Baruch Hu, and our neshama is set alight! It moves in all directions as it expresses its closeness to the Creator, the place where it comes from!

If we bear this in mind while swaying, we will find ourselves uplifted to a different world! Each sway strengthens our awareness that we are not mere physical creatures, we are holy neshamos that are temporarily housed in a human body. This will help us stay away from the pursuit of physical lusts and pleasures, and abhor the animalistic behaviors of many of those who surround us.

Note: The Mishneh Berurah (O.C. 48:5) cites halachic authorities that rule that even though one may sway during the rest of davening, one should not sway whatsoever during Shemoneh Esrei. When a person speaks to the king, he stands still out of fear, and certainly, that should be the case when speaking to Hashem. Others add that swaying disturbs the ability to concentrate on the words. The conclusion of the Mishneh Berurah is that a person should do whatever helps him pray with more kavanah. However, the Kaf Hachaim adds (O.C. 48:8) that even if a person chooses to sway, he should remember that he is speaking to the King of all kings, and act accordingly, without any excessive or strange hand or body motions. 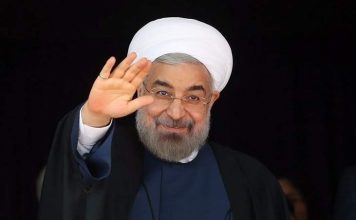 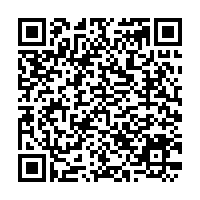