Pesach! The time of the year when we became the distinguished slaves of the Master of the Universe. This is not just a historical event – each year Hashem gives us this exalted status again! Join me as we discover a great way to prepare for this special moment.

The year is 1818 and it is 5:30 a.m. “Cock-a-doodle-do! Cock-a-doodle-do! Cock-a-doodle-do!” Still in a deep fog, Fishel wonders who dares to disturb his sleep. A moment later, he realizes it is his archaic enemy – Charlie the rooster. Half asleep, Fishel throws his left boot out the window toward Charlie. The rooster is startled and stops crowing. Fishel pulls the sheets over his head and falls back asleep. A few minutes later Charlie starts again, so Fishel throws his right boot at him, once again silencing him. When Charlie picks up where he left off, Fishel has nothing left to throw. With no other choice he gets up.

Fast-forward one hundred years to 1918. It is 6:00 a.m. “Trillalling!… Trillalling!… Trillalling!” Still in a deep fog, Berel wonders who dares to disturb his sleep. A moment later he realizes it is his archaic enemy – the alarm clock. Half asleep, he reaches out his hand and throws it across the room, silencing its annoying noise. He turns over, pulls the sheets over his head, and falls back asleep. Three minutes later, the alarm clock miraculously awakens and starts up again. Berel throws his pillow on it to deafen the sound but that only helps until the pillow falls off. With nothing left to throw, Berel reluctantly gets up.

Jump another hundred years to 2018. It is 6:30 a.m. and a beautiful melody floats across the room. Still in a deep fog, Yankel wonders who dares to disturb his sleep. A moment later he realizes it is his archaic enemy – the alarm on his phone. He wouldn’t dare throw it across the room, so instead, he hits “snooze,” pulls the sheets over his head, and falls back asleep. Four minutes later, the melody starts again and this time Yankel finds the snooze with his eyes closed. This happens another five times (at least) until he finally realizes that he must get up.

Yes, getting up in the morning is an age-old battle shared by young and old alike. The yetzer hara knows that getting up on time is the key to our success, so he puts all his efforts into making sure we oversleep. By doing so, he causes the men to come late to shul and rush through their davening – and he does the same for the women.

Let us offer one way to overcome these challenges and wake up on time.

The very first line of Shulchan Aruch (Orach Chaim 1:1) states: “One should rise in the morning with the might of a lion to serve his Creator.” These words are based on the Tur who adds: “And even if one’s yetzer hara tells him in the winter ‘how can you get up – it is freezing cold outside’ or in the summer he says ‘you barely slept – why are you waking up already?’ nevertheless, you should overpower him and get up.” The Prisha explains that as soon as the time that we decided to wake up arrives, the yetzer hara gets busy, because he knows that he is in mortal danger. We may actually arise with enough time to prepare for davening and get really close to Hashem. So he comes in with an arsenal of various weapons, knowing exactly what to tell us to make sure we stay in bed.

Rav Nosson Wachtfogel zt”l, Mashgiach of Beis Medrash Govoha in Lakewood, once came into the Bais Medrash before Shacharis and said: “I just saw two young men suffering in captivity! I tried to help them escape but I wasn’t successful!” His students could not believe their ears! “Who were these people?” they asked. “They were two bachurim who couldn’t get up for Shacharis!” answered the Mashgiach. “They were chained to their beds by the old and wicked king, the yetzer hara!”

We must realize that the yetzer hara has been standing next to us the whole night and plotting our downfall. That means that our “excellent reasons” to stay in bed, such as the infamous “just two more minutes” or “I’m soooooo tired,” come from him. In order to fight him we need the strength of a lion.

I once heard that the reason we refer to a lion as mighty is because it never gives up. If he decides to attack prey or a competitor and then discovers that his opponent is stronger, he will not retreat. He will fight to the bitter end. Any other animal – even a fierce one – will run away as soon as it realizes it is going to lose. We must use this trait in order to get up in the morning. Push all the way and don’t give up!

The Uniqueness Of Klal Yisroel

When Bilaam praised Klal Yisroel he said, “Hen am ke’lavi yakum v’cha’ari yisnasa – Behold, the people will arise like a lion cub and raise itself like a lion” (Bamidbar 23:24). Rashi cites the words of the Midrash that explains that Bilaam was saying: “When Klal Yisroel rise from their sleep they are mighty like a lion to grab the mitzvos.” Rav Wachtfogel asks: Why did he stress that we do mitzvos with strength? Isn’t the fact that we perform mitzvos enough? And he answers that we see from here what makes Klal Yisroel unique. We don’t merely do mitzvos – we do them with strength! We fight to overpower our yetzer hara!

Let us explain. A person who really does not want to do mitzvos will do them begrudgingly and slowly. If he encounters any difficulty he will easily surrender, claiming that it is impossible to do them and is therefore no longer obligated. But if a person lives with the reality that he was chosen on Pesach to be a slave of Hashem and is happy to have such a special and loving Master, he will do His commandments with joy. If the “going gets tough” then “the tough get going!” On the contrary – he will enjoy the challenge that his Master has given him, as this is a way to show his dedication.

And, the more willingly we do it, the more we will be rewarded for demonstrating our servitude.

Let us try to discover ways to win the age old-battle of waking up on time – especially during Pesach. What greater preparation for becoming Hashem’s slaves can there be? 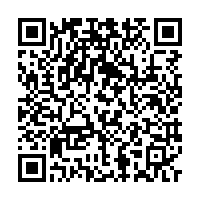