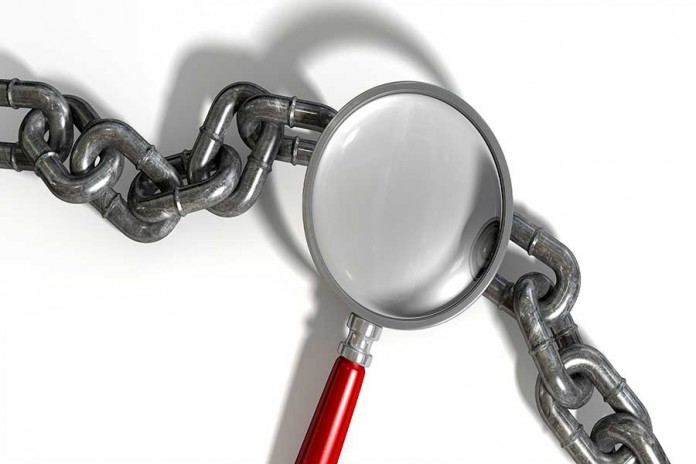 In the previous article we considered the first two stages in the history of machloket. In the first stage, which lasted until the Zugot, all debates were resolved by Sanhedrin. In the second stage, the period of the Zugot, there was just one at first – and later four unresolved debates.


Stage 3: The Proliferation of Debate

Hillel formed a yeshiva, known to us as Beit Hillel, which functioned alongside a parallel yeshiva, led by Shammai, called Beit Shammai. Why didn’t these two academies merge? In Divrei Yemei ha-Bayit ha-Sheini, Ch. 18, R. Yekutiel Friedner suggests two reasons: due to respect for Shammai (whose scholarship was unparalleled and who valiantly stood up to Herod when he was tried for mass-murder) and due to fear that a single central yeshiva would arouse the suspicion of the neurotic and despotic Herod who might have seen the act as a challenge to his authority. Because there was no central authority to resolve halachic disputes machlokot proliferated, especially following the death of Shammai and Hillel, to the point that it was as if there were two Torot.

With so much machloket, which opinion was followed on a practical level? The Talmud tells us that a person could choose to follow Beit Shammai or Beit Hillel, as long as they consistently followed one position or the other. Despite the halachic disputes between the two academies friendship persisted. The Talmudic sources describes how each school respected each other, in fulfilment of the verse, “Truth and peace you shall love” (Zecharyah 8:19), meaning that even as they maintained their convictions in pursuit of truth, not violating the halacha as they understood it, they simultaneously ensured peace and mutual respect.

Stage 4: Yavneh and the Resolution of Machloket

After the Temple’s destruction, under the leadership of R. Yochanan b. Zakkai, the center of Torah became the yeshiva in Yavneh. R. Yochanan b. Zakkai made sure his student, R. Gamliel II (or R. Gamliel of Yavneh), a descendent of Hillel (and David) became nasi in the reestablished Sanhedrin in Yavneh. R. Gamliel realized the need to arrive at some sort of resolution to the disputes between Beit Hillel and Beit Shammai so that there would once again be one Torah. Eiruvin 13b records that for three years the court debated their predecessors’ rulings until they concluded that the halacha accords with Beit Hillel. From then on following the view of Beit Shammai would no longer be acceptable:

The Gemara informs us that both Beit Hillel’s and Beit Shammai’s position reflect the word of G-d; they are both true. But the halacha follows Beit Hillel. It would seem that the process of deciding halacha based on majority vote is not one of deciding which opinion is true. Rather it is an exercise in determining normative behavior. Since there must be a single practical law, the Torah tells us to follow the majority. (See Illuminating Jewish Thought, vol. 1 ch. 4, where we consider the implications of this concept.)

Was the basis of following Beit Hillel rooted in the heavenly voice (as implied by Eiruvin 13b) or the majority vote (as indicated by the Tosefta in Eduyot cited earlier and Bava Metzia 59a where the Talmud makes clear that such revelations cannot form the basis of halacha)?

The resolution to this contradiction appears to be debated in Chazal and is the subject of dispute among the Rishonim. In Pesachim 114a the Talmud here wonders why the Tosefta had to state that the halacha follows Beit Hillel regarding the question of the order of Kiddush, since it is obvious we follow Beit Hillel – after all, the bat kol in Yavneh proclaimed that the halacha always follows Beit Hillel. The question appears to presume that a heavenly voice may determine the halacha. However, according to Tosafot, all Talmudic views maintain that we would not accept a bat kol unless it supports a majority view. However, a debate remains if a heavenly voice is ever relevant in a halachic discussion. While we do not know how Rambam read the Gemara, his conclusion is unambiguous: there can be no heavenly intervention in the determination of the halacha. He writes (Hilchot Yesodei ha-Torah 9:4 and Introduction to Mishna) that the conclusion of the Talmud categorically rejects the possibility of heavenly interference, insisting that following the death of Moshe all Torah interpretation is in the hands of man, with the majority position followed.

After Yavneh the Sanhedrin continued to function but was forced, due to Roman persecution, to wander from place to place, such as Usha and Tzipori, with its final place being Tevaria (Rosh Hashana 31a-b). Over the years many new debates arose but were not decided in the sort of definitive manner that debates between Beit Hillel and Beit Shammai were resolved. This prompts a similar question to the one discussed earlier: Why were these debates not resolved in the way that the earlier ones were resolved?

There are, of course, numerous places where the Talmud states the halacha follows so-and-so. However, generally speaking, these conclusions are often based on the principle that we follow the majority even without a face-to-face debate and formal vote. Such decisions do not have the same status as a ruling that was based on a conclusion that stems from a face-to-face debate and formal vote. Thus, with respect to debates lacking a procedural majority, we grant the minority opinion legitimacy in a way that we do not do for Beit Shammai. While the view of Beit Shammai is utterly rejected and cannot be followed under any circumstances, when it comes to later Tannaitic disputes we generally presume that even when the halacha accords with majority view the minority view still has standing. For example, under extenuating circumstances one may follow the minority view. The reason for this appears to be that the biblical principle demanding that we follow the majority view is only said when there is a formal vote following face-to-face debate among the greatest scholars. We should note, however, that this idea is subject to significant disagreement.

Let us now return to our question. In Yavneh the Sanhedrin definitively resolved the disputes between Beit Shammai and Beit Hillel. Subsequently, even though the Sanhedrin continued to function, we find no such resolutions. Thus, in practice, the method of arriving at a practical decision reverted to the system used before Yavneh when there was no uniformity – the students of Rabbi X could follow his view while the students of Rabbi Y could follow his view. Why didn’t the Sanhedrin continue to resolve debates as they had in Yavneh?

There may be a number of reasons.

Let us briefly elaborate on this last point. R. Tzadok HaKohen and others suggest that broadly speaking we can divide Jewish history into two periods. In the biblical period G-d reached out to us through prophesy and overt miracles. (Accordingly, during this period we were challenged by false prophecy, false spirituality or idolatry, and magic.) During the post-biblical period G-d no longer overtly reaches out to us. We must find him in a world where He is no longer manifest. (As such, atheism and other heresies are our greatest threat.) Instead of a Temple with undeniable supernatural activity, we turn to Him in silent prayer. Instead of prophecy, we use our minds to creatively plumb the depths of His Torah. Our focus is no longer the fixed written Torah but the ever-expanding oral Torah. In this stage Torah debate allows each of us to connect to G-d by discovering our own connection to His infinite wisdom.

To summarize, the authority of the High Court to resolve halachic debate is not rooted in a particular place, but it is dependent upon the ability of the greatest scholars to gather, debate, and vote. When the court settled in Yavneh under the leadership of R. Gamliel it became the place for resolution of debate. But even this did not last long. While the Sanhedrin continued to function for centuries after Yavneh, and may have even numbered seventy-one, it did not consistently have all of the greatest Torah scholars among its number.

As we shall see, Rambam, in his introduction to Mishneh Torah, suggests a similar theory to explain why the rulings of the Talmud Bavli are binding upon all of Israel, but no subsequent rulings have this authority.

The great sages of Israel continued to explore and debate the Torah throughout the Tannaic and Amoraic periods. During this period the Mishna, Tosefta, Talmud Bavli, Talmud Yerushalmi, as well as numerous Midrashei Aggada and Halacha were written.

The Bavli was completed following the Yerushalmi; Rif argues that for this reason we follow the Bavli when it contradicts the Yerushalmi. Was there a formal closing of the Talmud Bavli (sometimes called chatimat ha-Talmud or chatimat ha-Shas)? The matter is not clear. The Talmud offers very little explicit information about the process of its formation and editing. However, it gives us a clue about the conclusion of the era in Bava Metzia 86a: “Rav Ashi and Ravina – the end of hora’ah.” This ambiguous statement indicates that something ended at this time. According to R. Yitzchak Isaac Halevy in Dorot ha-Rishonim it informs us that the Talmud was a complete text, assembled and promulgated by an authoritative international rabbinic council during the sixth century CE and, thereafter, sealed from any further innovation or creativity. Modern scholarship has argued that this conclusion is far from clear. The nature of this development is beyond the scope of this brief overview. However, what is clear is that at a certain point in time the work was, more or less, sealed. Thus, for example, when Geonim or Rishonim discuss the Talmud it is seen as a complete work which may not be altered. The student’s goal is to understand the text, not to amend it (unless errors may have crept in).

Next time we will consider the nature of debate in the post-Talmudic era. We analyze why we turn to Talmud to address all halachic questions and investigate the process by which we resolve debate until this very day.